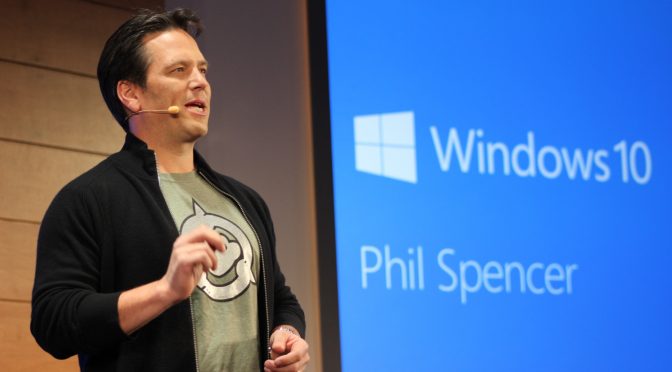 We’ve heard countless times that Microsoft is committed to PC gaming. And while the team has indeed made some efforts to win back PC gamers, it has also made some really stupid mistakes (UWP and Win10 Store exclusives anyone?). In his latest interview with Major Nelson, Xbox’s Phil Spencer stated that Microsoft will release some exclusives games to the PC in the future.

As Phil Spencer said during that interview.

“I know a lot of people looked at our early PC launches and they said <<Hey, this does not feel like a PC game>>. And we know today’s games will take two-three years to actually go build a good game. I look at Halo Wars 2, I think it’s a good PC game. But you know, let’s be honest; a genre that started on the PC as RTS, that we on Halo Wars 1 took it over to console, and now with Halo Wars 2 we’re shipping on both platforms. And people see that and they are like<<Is this a console RTS?>> <<Is this a PC RTS?>>. And we are going to say yes. But I’ll say in the long run Windows is incredibly important to Microsoft, and gaming is one of the most vibrant activities that happens on the Windows platform, and the Xbox team now runs gaming for Microsoft. Gaming on PC is something that we are committed to, we’re gonna have more things to talk about. We’re gonna have games only released on the PC. We’re gonna have games only released on console. And PC gaming is critically important to the company.”

So there you have it. As Phil Spencer claimed, there will be both PC and console exclusives from Microsoft. Therefore, it will be interesting to see whether Microsoft’s triple-A games will remain on its consoles or whether the PC will actually receive a triple-A exclusive title.

As said, this isn’t the first time that Microsoft claimed its commitment to PC gaming. And while we did receive Halo 5 Forge, Quantum Break, Dead Rising 4, Gears of War 4 and the Forza series, it’s still quite unclear whether the next main part in the Halo series will find its way on the PC.