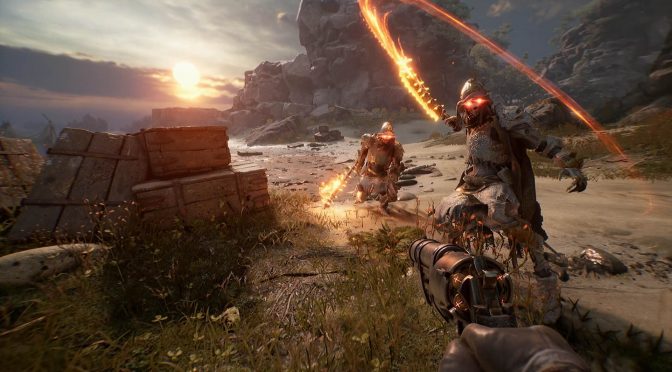 The Astronauts has announced that its upcoming game, Witchfire, will be entering its Early Access phase in Q4 2022. Witchfire will be a dark fantasy roguelite shooter, and promises to feature fast-paced action.

The Astronauts initially revealed Witchfire via a cinematic trailer that had completely misguided us. At first glance, Witchfire seemed like a story-driven first-person walking simulator with shooting mechanics. However, this isn’t anywhere close to what the actual game will be. Not only that, but you shouldn’t expect this to be the next Painkiller or Bulletstorm game.

From what we know, the game will be using Unreal Engine 4, and will take advantage of Photogrammetry. Moreover, its gameplay is best described as a mix of Dark Souls and Destiny. And, as the team has already stated, Witchfire won’t be a story-driven game.

Lastly, The Astronauts stated that it will be exploring RTX/DLSS.

“UE4 gives us a lot out of the box, so we can develop the game and have it look nicely even without the extras. But of course we’re exploring RTX/DLSS and other tech from Nvidia, AMD and Intel. We won’t implement any of it just as a marketing gimmick but if something makes the game look or perform better, we’ll certainly try to squeeze it in.”

Despite those claims, we can safely assume (since the game has taken The Astronauts over 5 years and it’s still nowhere close to completion) that Ray Tracing won’t be one of the team’s main goals.