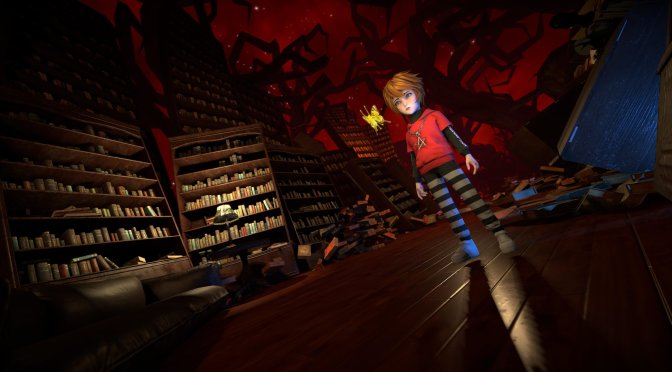 ESRB has rated the upcoming Playstation-exclusive game, In Nightmare, for the PC, hinting at a possible PC release. Maximum Games has officially announced the game will only release on PS4 and PS5 on March 29th, so it will be interesting to see when – and if – we’ll be getting it on PC.

In Nightmare is a narrative-driven horror adventure game combining sneak action with diverse puzzles. The game follows a young boy in search for the last hope of love who is working out his own salvation by navigating through his fear.

“Experiencing effects of a broken family, and the heartache it brings, a young child will escape reality into a dark, whimsical world created from his own memories. This sets him on his journey to uncover what truly lies within. Having suffered in reality, his past trauma turns into terrifying monsters that want to keep him in an eternal nightmare. With the help of his dream spirit, the boy will find ways to sneak past enemies, overcome intricate puzzles, embrace his fear, and uncover the truth so that he may be able to purify the monsters he has created, and finally wake up.”