It appears that WB Games has finally secured a patent for the “nemesis system” featured in Shadow of Mordor and its sequel, Shadow of War, as reported by IGN. WB Games has been trying multiple times since 2015 to get an approval, and finally they have been successful in securing a patent for the franchise’s signature Nemesis System.

The patent will go into effect later this month, and on February 3 the US Patent and Trademark Office released an issue notice confirming that WB Games’ patent on the game’s nemesis system was approved.

The patent is going to become officially effective starting February 23, 2021. But do make a note that the “issue notice” link is currently not working at this time of writing.

As you may already know the nemesis system first appeared in 2014’s Shadow of Mordor game, and the 2017 sequel Shadow of War also featured and expanded the same nemesis system. The Nemesis System uses randomly generated orcs/NPCs to populate the game world.

As IGN explains the patent filing, the “short version is that the patent covers a system featuring procedurally-generated NPCs that exist in a hierarchy and interact with and will remember the actions of players, have their appearance/behavior altered by players, and whose place in that hierarchy can change and affect the position of other NPCs in said hierarchy (and yes, that’s the simplified version).” 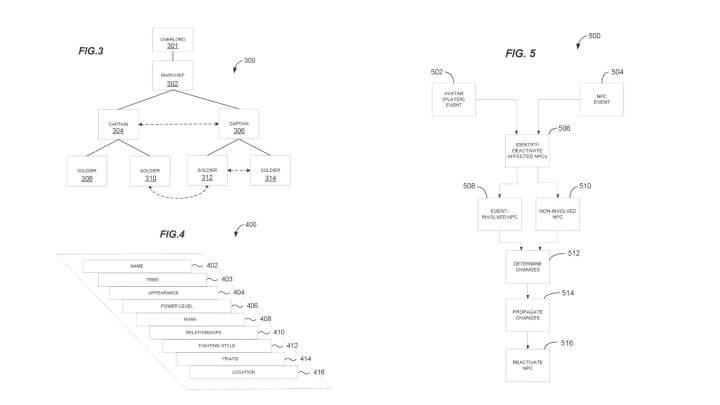 What this basically means is as players attack these orcs, and as these events unfold, the orcs will react accordingly, becoming more powerful, while gaining new abilities at the same time. The NPCs/orcs will remember the actions of the player, and their behavior is also going to change accordingly. The hierarchy will also change and will have a direct effect on other NPCs in the same hierarchy.

The patent also covers the Social Conquest battles from Shadow of War, in which players are able to invade other players’ fortresses and attempt to conquer them. This mode has two settings: friendly and ranked.

Lastly, WB Games will be able to maintain this patent until 2035. Since 2015 the patent was revised and rejected on several occasions, citing too many similarities to other patents, like the ones held by Square Enix, the mobile game QONQR, and even Webkinz.

There were conflicts with other existing patents before. However, as IGN reported, some of the most recent rejections were more focused on the “specificity” of language.