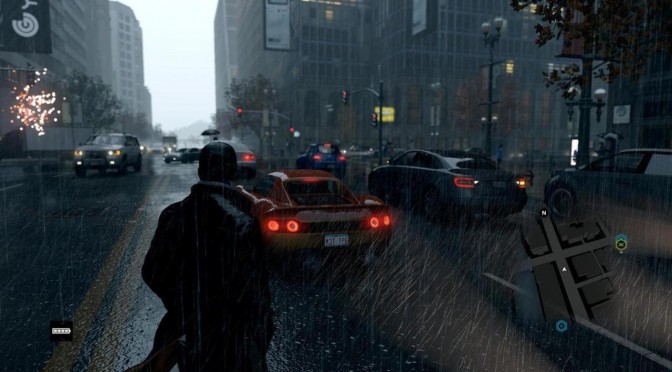 There are currently two mods via which you can enhance Watch_Dogs’ visuals. One comes from Guru3D’s member TheWorse and the other one comes from another Guru3D member, Kadzait24. Kadzait24 was the first one that has managed to mod Ubisoft’s open world title and despite the harsh criticism he’s received, this modder is still trying to improve the game’s visuals.

Kadzait24 has released a new beta version of his E3 Mod 5 for Watch_Dogs that can be downloaded from here. Do note that this mod is more demanding than TheWorse’s mod.

According to the modder, this latest version adds DoF (which is really aggressive mind you), implements Fog/Wind, improves Rain, Lighting, Raindrops/Puddles, Bloom, Explosions and Shadows, fixes a Cone Bug and the Bright Sky Bug that was present in an earlier version of his mod, and adds some Object Textures, Subsurface Scattering and a Dust System.

The final version of Kadzait24’s mod will – hopefully – pack the following features:

Contrary to TheWorse’s mod, Kadzait24 is also reworking the game’s TODs, meaning that you won’t need to enable SweetFX to get amazing results.

Kadzait24 has also released a number of videos from his mod that can be viewed below.