The entire Internet was blown away yesterday when a mysterious update for Half Life 2 got out. That update messed up the game, turning all voices into Korean. Naturally, a lot of people thought that Valve has launched an ARG for Half Life 3, especially after a – possible – hint that was featured in the PC Gamer magazine, something that was strengthened by the latest tweet from Valve itself. Well, unfortunately everyone, there is no ARG. Valve’s Korean message did not contain any secret messages after all, PC Gamer admitted that its image was nothing more than a joke and Valve’s Marc Laidlaw confirmed that the update was something that Valve has been doing this for a while as a necessary housekeeping.

Let’s start from the beginning though. Yesterday, an update got out for the Korean version of Half Life 2. Unfortunately, Valve messed things up and that update affected – pretty much – all of Half Life 2’s versions.

Valve then tweeted this message, that contained – by some – a Half Life 2 reference:

The Korean message reads “Prepare for unexpected results”, a phrase that is indeed present in Half Life 2.

Then, NeoGAF members found out the following image that was featured in the last issue of PC Gamer. According to the image, PC Gamer may have some interesting news about Valve in its August issue, and we can pretty much see a reference to Half Life 3. 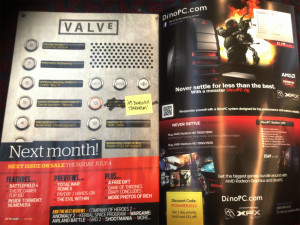 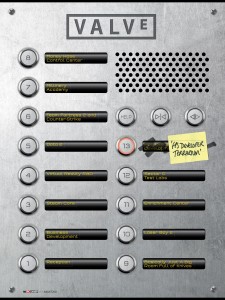 Everything pointed towards an ARG, however it seems that’s not the case. Chris Thursten of PCGamer revealed that the image featured in the latest issue was nothing more than a joke:

Then, Valve’s Marc Laidlaw told NeoGAF’s member ‘Dmax3901’ that this update was nothing to get excited about.

“Such updates are basic, necessary housekeeping. They are not driven by content.” said Laidlaw and continued:

“I will plead with the updaters to provide verbose patch notes to demystify in the future.”

So there you have it guys. No Half Life 3 ARG. Nothing to get excited or drive you mad. Just another false alarm.