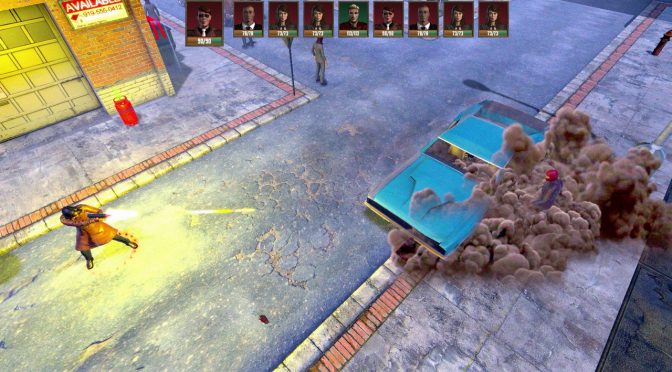 Daithi Mc Hugh has informed us about his new neo-noir, turn-based tactical RPG called Vigilantes. According to its description, Vigilantes is a combat focused, turn-based tactical RPG set in the declining, crime riddled city of Reiker. The game promises to offer hardcore squad-level combat in a gritty neo-noir setting, intel gathering through surveillance and interrogation, a detailed character system, base building, crafting, and much more.

In Vigilantes, players assume the role of Sam Contino; a conscientious citizen dragged down the rabbit hole of vigilantism. Players will have under their control a crew of hardened crime-fighters and will be able to assist citizens in distress, and use their skills to get the drop on enemies before the first shot is fired.

Timeslip Softworks has also released a new trailer that you can find below!