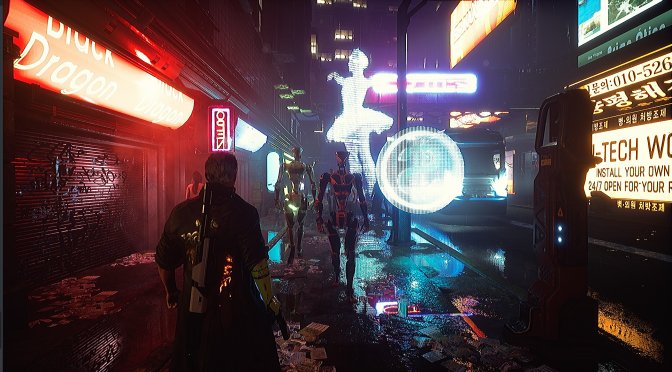 Remember Vigilancer 2099? No? Well, shame on you. Vigilancer 2099 is a third-person bounty hunting game that is heavily inspired by Human Head Studios’ canceled PREY 2 game. And today, Envoidant Studios released a brand new Unreal Engine 5 trailer for it.

Vigilancer 2099 is an open-world single-player action RPG where you’ll play as a bounty hunter in a dense, cyberpunk city. Players will earn money and customize their gear, explore the city with their vehicle by air or ground, or opt to traverse on foot. The game will also have parkour elements, as well as both third-person and first-person camera viewpoints.

Vigilancer 2099 also promises to have a tense hand-to-hand combat system. Players can counter their enemies and take advantage of their weaknesses, expose them and then take them down to the ground.

Furthermore, players can hack into the cameras and take control of the security droids. Therefore, they will be able to utilize their guns to kill, then in the proceeding commotion, whip out one its own guns to finish the bounty off, or choke slam them into the concrete and out of existence.

Lastly, players can scan their surroundings to get vital information on a bounty. They can also interrogate bounties as they surrender to potentially get a better reward. Not only that, but they can take advantage of endless bounty generation to continue honing their skills.