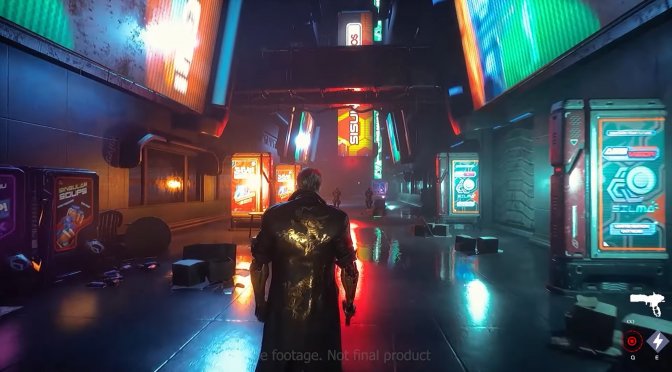 In 2019, we informed you about a new indie game that is heavily inspired by Blade Runner and the cancelled PREY 2 game, Vigilance 2099. And today, we are happy to report that NasNakarus has released a brand new gameplay video for it.

Vigilance 2099 will be using Unreal Engine 4 and will have both bounty hunting and parkour elements. The game also promises to have both third-person and first-person camera viewpoints.

This latest prototype video shows a flying vehicle and a chasing sequence. It also shows some of the game’s combat mechanics, as well as a hacking ability.

Unfortunately, there is still no ETA on when this game will come out. Still, Vigilance 2099 looks better than ever so here is hoping that NasNakarus and his team will keep improving it.

My only gripe with what I’m seeing is with its NPC crowd. Right now, the environments feel a bit empty, so it’d be really cool if its team can increase the crowd density. Other than that, it looks really cool.