Valve has posted a new job listing at its website, indicating that the company will start working on a new hardware device. Before jumping to early conclusions, this does not mean that Valve will develop a new console, but a new device that has not been specified as of yet. In fact, the first hints indicate to a computer hardware, so don’t get your hopes up console gamers.

According to the job listing, Valve is traditionally a software company and open platforms like the PC and Mac are important to them, as they enable them to have a robust and direct relationship with customers:

“We’re frustrated by the lack of innovation in the computer hardware space though, so we’re jumping in. Even basic input, the keyboard and mouse, haven’t really changed in any meaningful way over the years. There’s a real void in the marketplace, and opportunities to create compelling user experiences are being overlooked.”

To be honest, we don’t know whether this is good news or not. Don’t get us wrong, yeah, new hardware is always welcomed but will this hardware meet Half Life 3’s development fate? Will it take that long to be completed? Will it remain a vaporware product? Will Valve actually speed things up and will Half Life 3 be based on (and take advantage of) this new hardware? Oh man, so many questions from such a single hint. Imagine what will happen when Valve officially announces its new hardware. All hell will brake loose.

You can view the summary of Valve’s job list below! 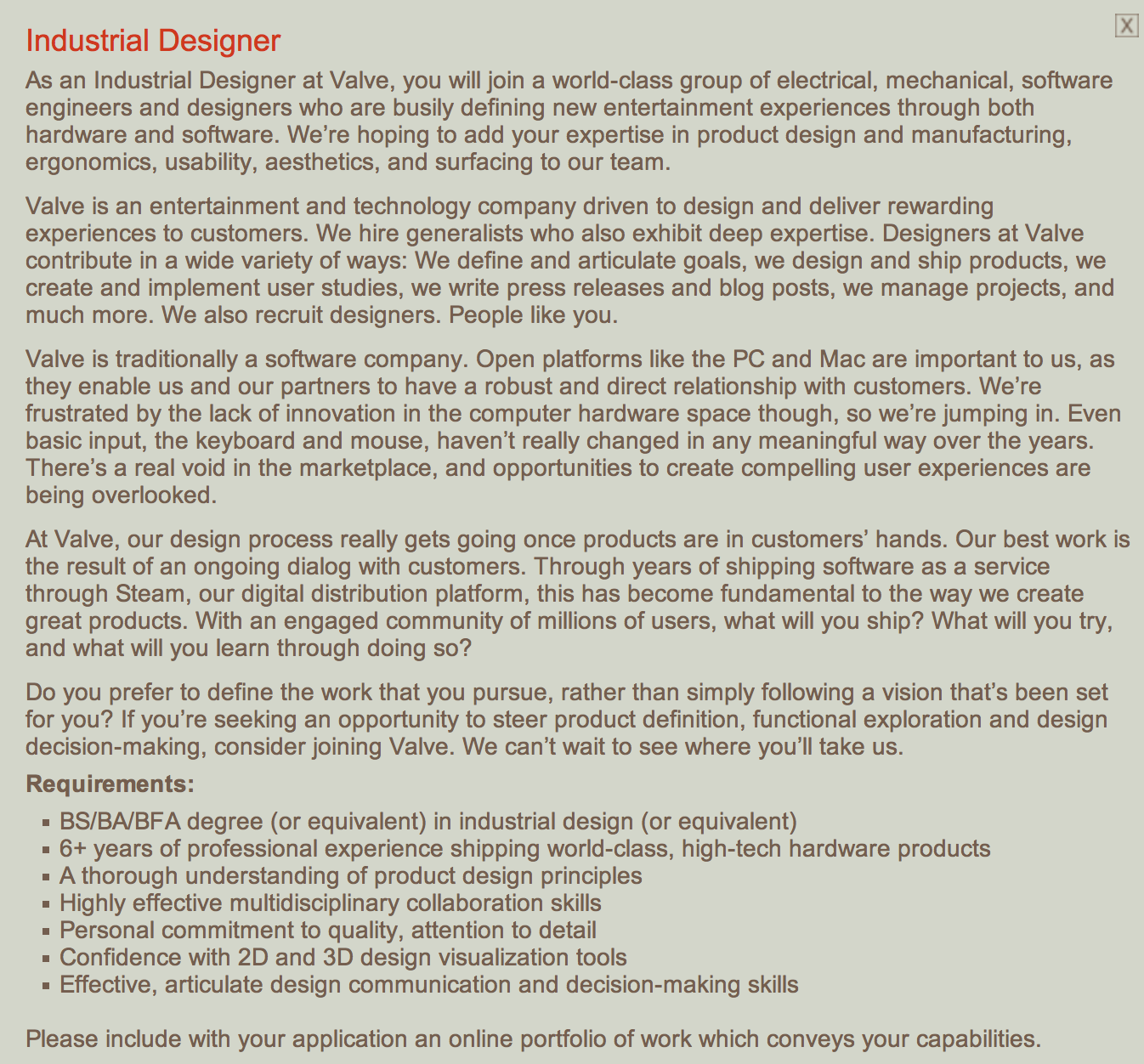