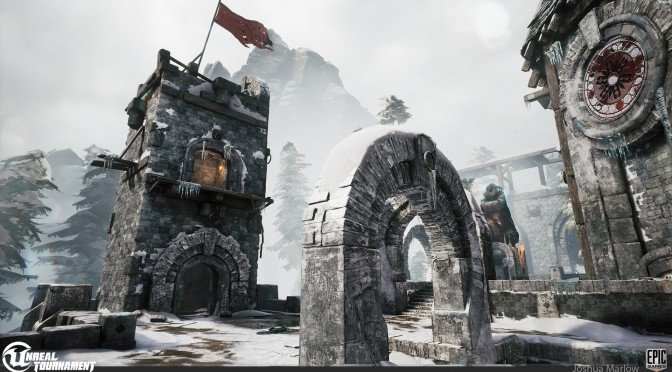 Modder ‘Remdale’ is currently working on the first mod for the new Unreal Tournament game. This mod is called Excessive Overkill: Surge and is described as an over-the-top mutator that turns all weapons into vastly more powerful variants, gives you new and exciting ways of traversing maps, health & ammo regeneration, and turns every match into a brutal, incredibly fast-paced slugfest.

According to its creator, Excessive Overkill: Surge was designed with modularity, compatibility and continuity in mind. To that end it is split into various modules that can be used in any order; together, standalone or with other mutators.

The Core mutator is where all the gameplay changes happen, anything not directly related to weapons or armor! There is a global firerate increase that will work for the regular weapons or another mutator’s weapons if loaded after it. It has two variants: Light and Dark. Dark has the crazier features. >:-)

The Weapons mutator is clear, but it should be noted that the main firerate increase is actually located in the Core. It has three variants: Inventory, Pickups andRandom. Inventory will start everyone with all weapons and ammo, removing WeaponBases. Pickups will upgrade the default inventory and the WeaponBases on the map. Random upgrades the default inventory and picks 4 weapons at random to add to it for the duration of the match. It should also be noted that the Core removes all ammo pickups and gives the ammo regeneration.

The Armor mutator slightly reduces respawn timers and changes the way armor totals up, giving each piece reduced armor values but letting them stack. The Shieldbelt no longer consumes lesser armor to replenish itself and instead regenerates. Lesser armors rest underneath it and come into play when the Shieldbelt is lost. It has no variants.