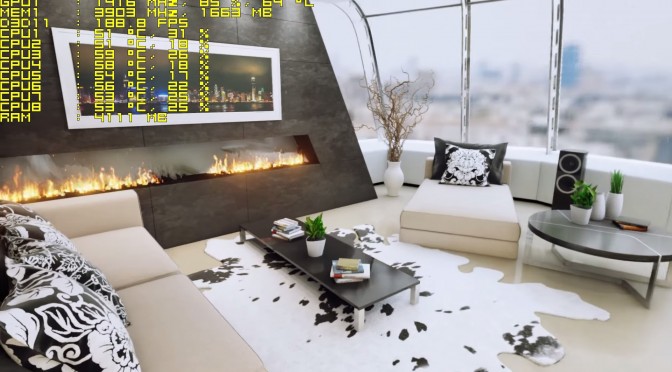 CryZENx has released a new demo for Unreal Engine 4, based on a house interior. The level of detail in this demo is incredible and as we can see, an NVIDIA GTX980Ti is able to handle it at more than 100fps.

It will be interesting to see whether PC and current-gen games will be able to match these visuals. Our guess is that will not happen, but here is hoping we are wrong on this.