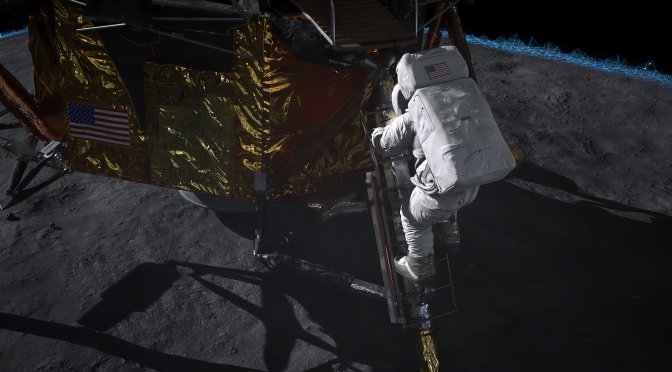 Now here is something that passed under our radar. Epic Games has released the Apollo 11 Mission AR demo for Microsoft HoloLens 2. This demo is currently available for download on Unreal Engine Marketplace, and it’s a must-have for everyone owning HoloLens.

Apollo 11 AR offers a bird’s-eye view of many aspects of the historic Apollo 11 mission, including the launch itself, an accurate model of the Saturn V, a detailed reenactment of the lunar landing, and a look at Neil Armstrong’s monumental first steps on the moon.

Lastly, you can find below a video showcasing this Apollo 11 HoloLens demo in action!