“With BLESS, we set out to elevate the MMORPG experience in all respects. At G-Star this year, we are focusing on the game’s revolutionary visual elements. Working with Epic Games Korea, we’ve developed entirely new visual capabilities within Unreal Engine 3. From weather to clothing to lighting, when players move through the game’s indoor and outdoor environments they will witness a level of detail and nuance the likes of which have never been seen or experienced before in a massive, truly persistent online game.”

Players join BLESS in the midst of an epic conflict between the monarchial nation of Hieron and the young and rapidly growing individualistic nation of Unión. Tensions between the two empires and their differing ideologies have escalated into a decade-long war, severely impacting the lives of all races involved. These dark ages, full of bitterness and bloodshed, have led to a surging emergence of heroes, poets and sages which history has never before witnessed. The city bards sing of these troubling times with a hint of irony as “The Blessed Days.”

The two warring factions in the expansive fantasy world, which spans dozens of regions, locales and climate zones, are connected as part of one seamless landscape – no loading screens are required. Players can engage in massive castle sieges, which are instrumental in advancing the war effort for their respective factions. Each victory grants access to new resources and quest lines, taking each player one step closer to becoming a true champion of the realm. 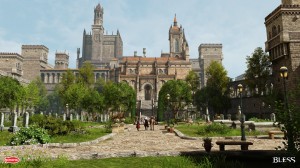 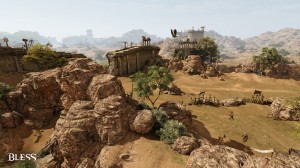 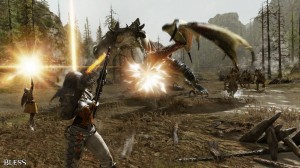 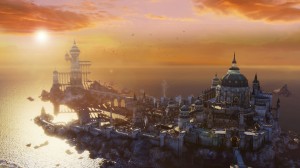