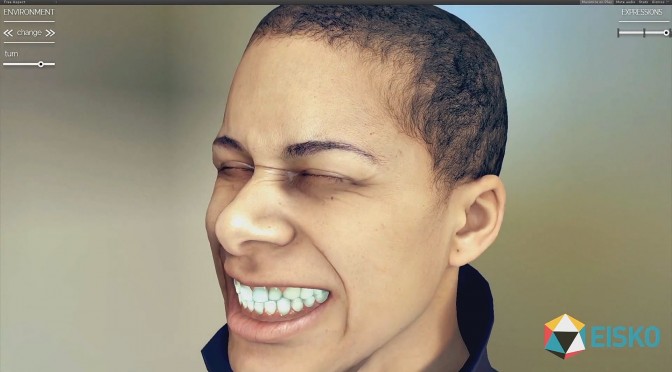 The CPBS package has been specifically designed for human skin rendering giving it a realistic soft, slightly translucent appearance and near-perfect blending between facial expressions, mimicking the elastic deformation of the skin even at 60 fps – including when the character is at rest – as demonstrated in the following video.

In addition to skin, the CPBS package also includes dedicated and fully customizable shaders for eyes (iris and sclera), teeth and clothing, producing stunning results in a matter of minutes.

EISKO’s CPBS accounts for diffuse, specular intensity and roughness, displacement and high-frequency normal maps and, with regard to its specific skin usage it allows integration of microstructure details; tessellation; screen-based SSS and ambient occlusion fully compatible with Unity 5 new global illumination; as well as normal and displacement blending during animation.

This CPBS package is compatible across all textures and can be used in any project requiring physically-based shading in Unity 5.