Semaphore announced the development of its flagship project. Unearthed: Trail of Ibn Battuta is a third person action adventure video game that is set in modern day Middle East. The game is utilizing the Unity platform, is scheduled for release on all major platforms and marks the first time ever that a Saudi Arabian development house targets Sony’s PS3.

“We are thrilled to be introducing Saudi Arabia’s first multiplatform video game to the world, we are determined to deliver a next-generation experience that will do justice to the amazing story of Ibn Battuta”

Ahmad Jadallah, the Director of Development at Semaphore and the game’s Writer and Director added:

“We are story-tellers at heart and we feel that we have a lot of great stories that are based on actual Middle Eastern history in this region and we strive to tell them using the very best in modern technologies, a key component to enable that is the Unity Game Engine and the flexibility it offers to allows us to iterate quickly and be constantly productive”

Unearthed: Trail of Ibn Battuta promises to feature a unique mix of platforming, melee fighting, shooting and stealth gameplay, a covering system, TV style episodic format presentation and an additional free-to-play browser based multiplayer component that is available now on Facebook and is called Unearthed Online. 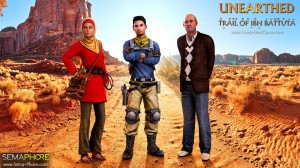 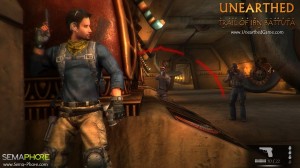 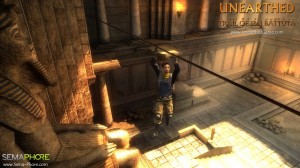 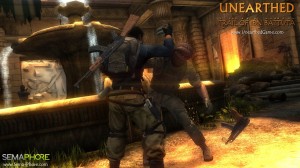