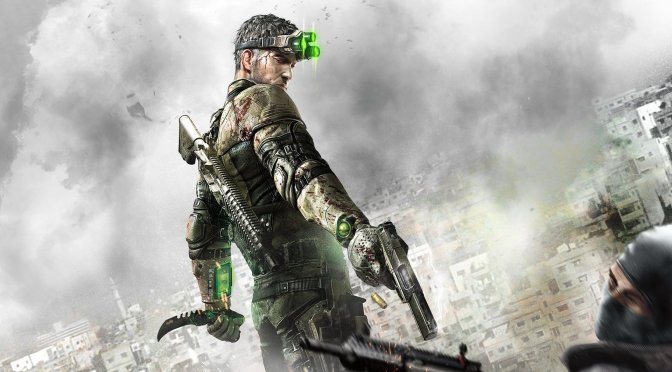 Ubisoft keeps on digging. The company’s Head of Customer Relationship Center, Tara Johnson Reichley, has just announced that they will be banning people for simply submitting a support ticket. Yeap, you read that right. The company will ban you, and therefore prevent you from playing the games you’ve already purchased, if you simply submit a ticket for a specific title.

As Reichley publicly stated, Ubisoft does not plan to fix the online connectivity issues of Splinter Cell Blacklist. What this means is that you cannot play it online or in co-op anymore. Fair enough. After all, Splinter Cell Blacklist is a really old game. And, for what it’s worth, you can still play it offline. What’s not really cool, though, is banning your customers for simply submitting a support ticket for the game’s online issues.

Of course Reichley says that PC gamers will still be able to play their games in offline mode. However, most games are intentionally forcing you to be always online. And yes, that’s the case even for some of Ubisoft’s single-player games. And seriously now? Banning people for simply submitting support tickets?

Here is what Reichley had to say:

“Any support tickets submitted regarding this issue in the future will be met with a 7 day ban. During this period, you will be unable to make purchases through the Ubisoft store, log in to Ubisoft websites, log in to your Ubisoft account or play through the Ubisoft Connect client. However, you may still play offline. Customer support will not be able to lift this ban.

Further offenses will be met with a permanent ban.

In addition, any users found to be intentionally using an earlier version of Ubisoft Connect or Uplay launchers in order to workaround the issue will be banned. Older versions of Ubisoft Connect are no longer secure, and continuing to make use of them could result in security breaches to your Ubisoft account or Ubisoft as a whole.”

Let me repeat what I said. Ubisoft will ban you and prevent you from playing the games you’ve purchased if you simply submit a ticket for one game. This is truly outrageous. This is laughable. And this is why most people hate services like Origin and UPLAY.

Funnily enough, this move is encouraging PC gamers to simply pirate the company’s games. I mean, at least you will be able to play the games you’ve pirated if Ubisoft, one day, bans you.

Ubisoft has deleted this thread, claiming that the post had been written by a user impersonating a Ubisoft employee, and not a member of the support staff. However, this sounds too convenient after the initial backlash. The reason I’m saying this is because this topic was stickied at the top. Not only that, but the reply function was also disabled. The only ones that can do these things are admins and moderators (or users that have these privileges). You cannot simply create a new account and sticky a topic.

Below you can find the official statement.