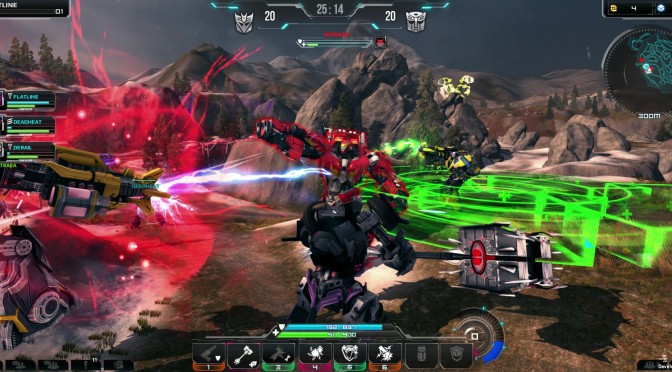 Jagex has announced that its MMO game based on Transformers, Transformers Universe, is being shut down. The game will be closing over the coming weeks, with its full closure set on January 31st, 2015.

Regarding those who have purchased the game’s Relic Bundles, Starter Packs or Founders Packs, Jagex had this to say:

“The shutdown period will begin from today. As part of the winding down we will be refunding all those that have purchased a Founders Pack, as well as anyone that has purchased relic bundles and starter packs. These refunds should be all processed in the next 30 days. In addition we will be closing the ability for new players to make accounts, those of you that already have accounts will continue to be able to use them until the closure date. “

And there you have it. Transformers Universe is no more.

So, another F2P MMO bites the dust.