Creative Assembly has just announced its new Total War game. As the team noted, the next installment in the Total War series will be called Total War: ATTILA and will combine turn-based strategy with real-time tactics. The game will cast players back to 395 AD, in a time of apocalyptic turmoil at the very dawn of the Dark Ages.

“With Total War: ATTILA we will create a Total War game that will challenge and enthral fans of the series. We’re reintroducing some features that fans have been asking for, such as family trees and skill trees, and improving many of the core aspects of Total War we know are important to them.

But to really bring the period to life, we’re building on these foundations with many new strategic features for them to consider, such as advanced street-fighting, civilians, complete settlement destruction and dynamic fire that can rage across a city as armies clash. We want to push players to the limits of their skill to survive against the odds, and to love every minute of it.”

APOCALYPTIC DESTRUCTION MECHANICS
Wield the ferocious power of fire in battle to set buildings ablaze and terrify defenders, or wipe entire cities and regions from the face of the campaign map with the new raze mechanic.

LEGENDARY START POSITION
Playing as the Western Roman Empire you will begin with vast territories under your control, but weakened by political in-fighting and threatened on all sides by enemies, your dominance will quickly become a struggle to survive.

OUTSTANDING VISUAL FIDELITY
Improvements and optimisations to both campaign and battle visuals create a chilling vision of a looming apocalypse and the ruin of the civilized world. With breath-taking scale, atmosphere and improved graphical performance, witness the end of days and the rise of a legend. 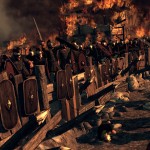 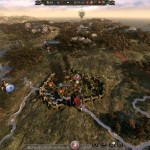 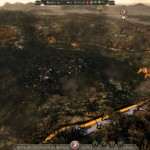