We seriously love this kind of leaks. DevianArt’s Tomb-Raider-Empire has leaked some interesting artworks and a video from an early build of the newly released Tomb Raider game, showcasing some of the enemies and abilities of Lara’s that were not included in the final build. According to the artworks and the leaked video, the new Tomb Raider game was originally meant to be called Tomb Raider: Ascension, featured demons and giants similar to those of Shadows of Colossus, and Lara could horseback-ride during a mission. Moreover, a little girl was meant to be included as a gameplay companion, and there was a flamethrower as one of Lara’s weapons. Sounds closer to a Resident Evil/Shadow of Colossus mix than what we got, right? Kudos to NeoGAF user ‘Larson Conway’ for spotting it. In other news, our Performance Analysis will go live tomorrow so stay tuned for it! 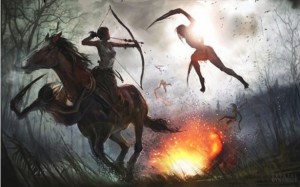 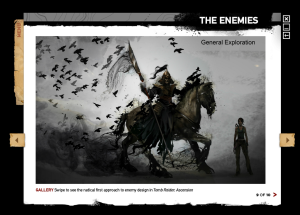 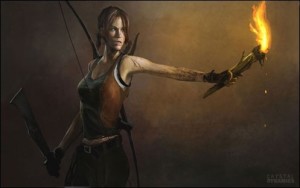 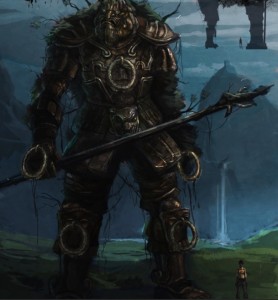