According to Steam’s database, Tomb Raider: GOTY’s registry has been constantly updated these past few days. Not only that, but a mysterious update got released on Steam that was 1GB in size. Although there aren’t any release notes for this update, we strongly believe that it is related to the GOTY edition. 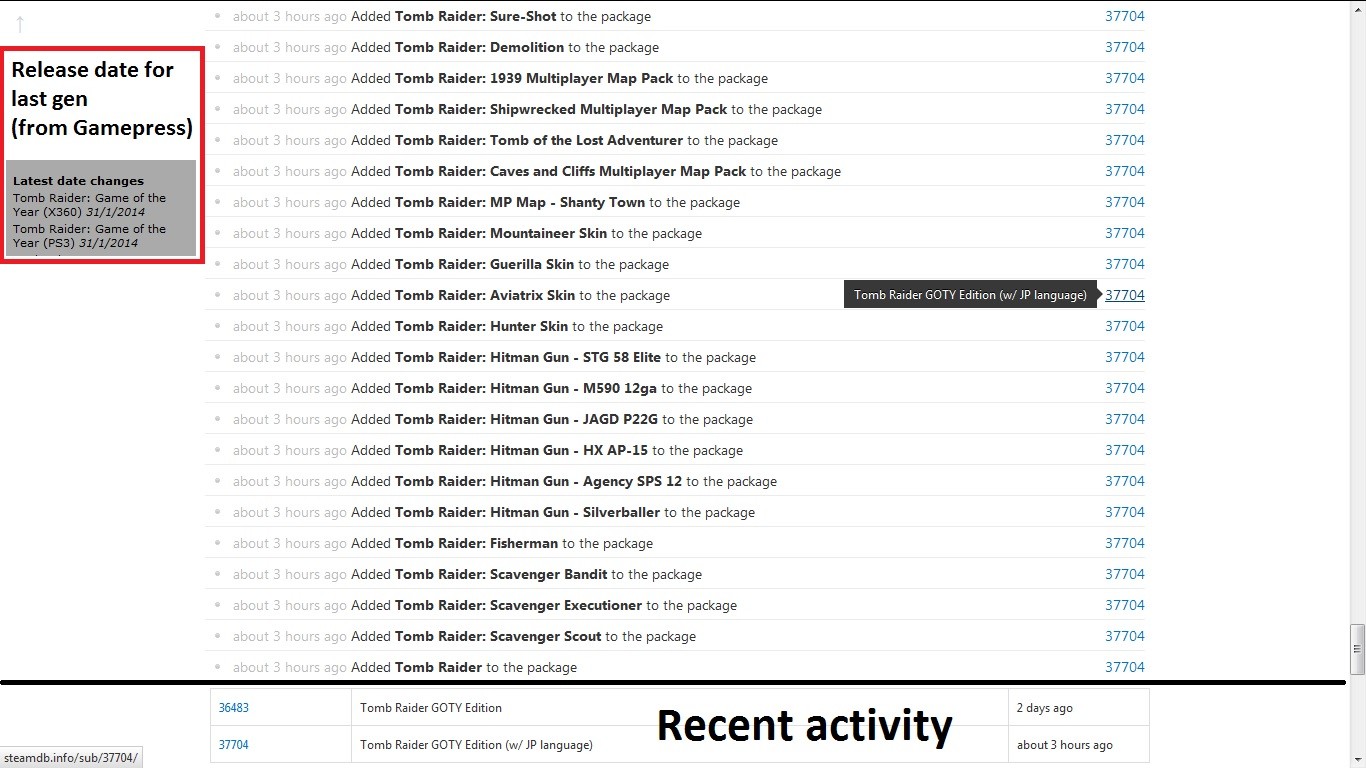 Tomb Raider: GOTY PC is available for pre-order on Steam and according to its official Steam page, it will hit Valve’s distribution service on January 31st.