Remember that amazing live-action Street Fighter x Tekken film? What a great piece of work, right? Well, good news for all martial arts fans as the company behind it, Thousand Action Pound, is starting a Kickstarter campaign for an original martial arts web-series called “Clandestine: Follow The Path”. According to Team Clandestine’s Mike, the series will aim to bring back character and story driven martial arts entertainment that features expert fight choreography.

Clandestine will be a highly dramatic martial arts epic with an engrossing story, what Thousand Pounds believes is lacking in most major martial arts entertainment today. The premise is contemporary yet with supernatural undertones, rooted in feudalistic clan warfare. It follows five families that have been around since the start of human conflict, fighting for power in the shadows as they push and pull humanities’ strings.

The setting is modern day. It begins as four leaders of the feuding clans who hold power over the world convene at a secret meeting. There, they’re ambushed and killed. The outcome leads to chaos, with rampant suspicions running between and even within the clans.

The Kickstarter goal is $75,000 in the next 29 days and those interested can back it up by visiting its Kickstarter page! 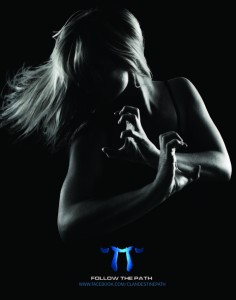 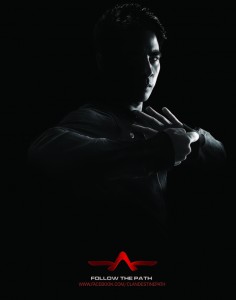