“We are very excited about our relationship with Tencent and the opportunities for gaming in China. We think China is one of the most exciting places in the world for us to grow our business and to develop innovative new games.”

“Tencent is an ideal partner for Activision to bring Call of Duty Online to China. Tencent has a terrific track record of customer-focused innovation and deep market knowledge that will be invaluable to Activision as we build great games for China. We have worked closely with Tencent to create a game with broad appeal for the Chinese market. We look forward to laying the foundation for a long-standing relationship with Tencent and to launching a new and unique experience for fans.”

“We are thrilled to work with the world’s premiere game developer and publisher to bring this much-awaited title to Chinese game players. We believe Call of Duty Online will attract tens of millions of loyal fans in China, and our game platform and operational expertise to run massive multi-player online games can provide strong support to deliver the immersive and highly interactive game experience to game players in China.”

The new game Call of Duty Online for China will capitalize on the rich multiplayer experience that the Call of Duty franchise is known for and introduce a new gaming model designed specifically for the Chinese market. This new model will allow players the ability to personalize their weapons, characters and equipment like never before in a Call of Duty game. Using an in-game store, players can enhance their weapons, gear, and perks built specifically for the Chinese market. The new game will also bring a variety of game modes and maps and features an original story told through a series of Special Operations missions based on the Call of Duty: Modern Warfare universe.

Enjoy its first screenshots and its debut trailer! 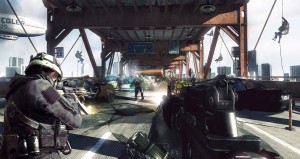 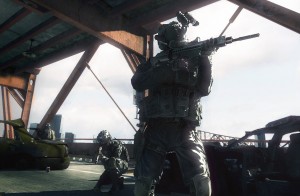