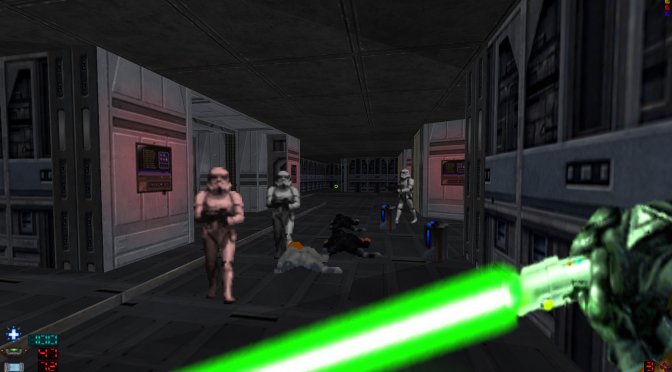 Furthermore, gameplay is changed quite a lot. For instance, hitscan attacks are rare and most projectiles typically move much faster than those in Doom. Infighting is also rare and only happens between imperials, aliens and bounty hunters (they won’t attack their own team).

You can also unlock force powers by finding lightsabers. You can get up to seven powers, including being able to throw your lightsaber. Force powers use force energy which slowly regenerate or can be charged up faster at the cost of movement speed.

You can download Xim’s Star Wars Doom v2.8.5 from here. Do note that you’ll need GZDoom in order to play it.