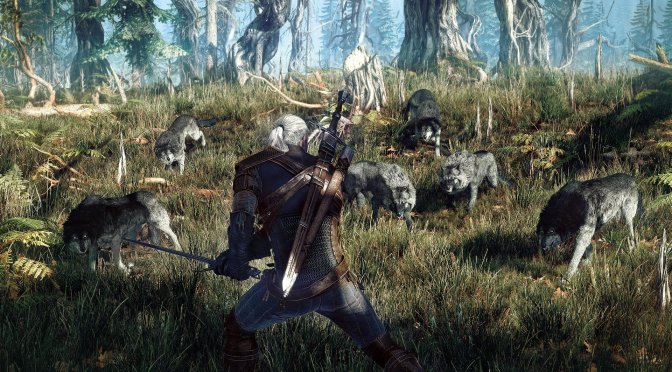 Modder ‘apomorph’ has released a pretty cool mod for The Witcher 3. As its title suggests, the “Friendly Wolves” mod makes the game’s wolves fight alongside Geralt.

Going into more details, apomorph set the attitude group for wolves (normal, alpha, and white) to “animals_charmed”. This basically means that wolves won’t attack Geralt, and will aid him in combat. However, it appears that this approach had a negative impact on wolves’ behaviour regarding deer and rabbits. In a later version, the modder set wolves’ attitude group to “hunter,” which makes them friendly to Geralt. However, the wolves can now still hunt on their own.

You can download this mod from here. In case the wolves do not help you during combat, we suggest downloading its older version.

As a bonus, Boostin4kix, Linas and ScoutBr0 have released a new version of their next-generation LOD mod. This mod aims to change low proxy meshes for high quality meshes in order to eliminate/reduce pop-ins.