Call of Duty Warzone is the new free to play COD battle royale game that came out a few days ago. The game is using the same engine that powers Call of Duty: Modern Warfare, and takes advantage of DX12. As such, we’ve decided to benchmark it and see how it performs on the PC platform. 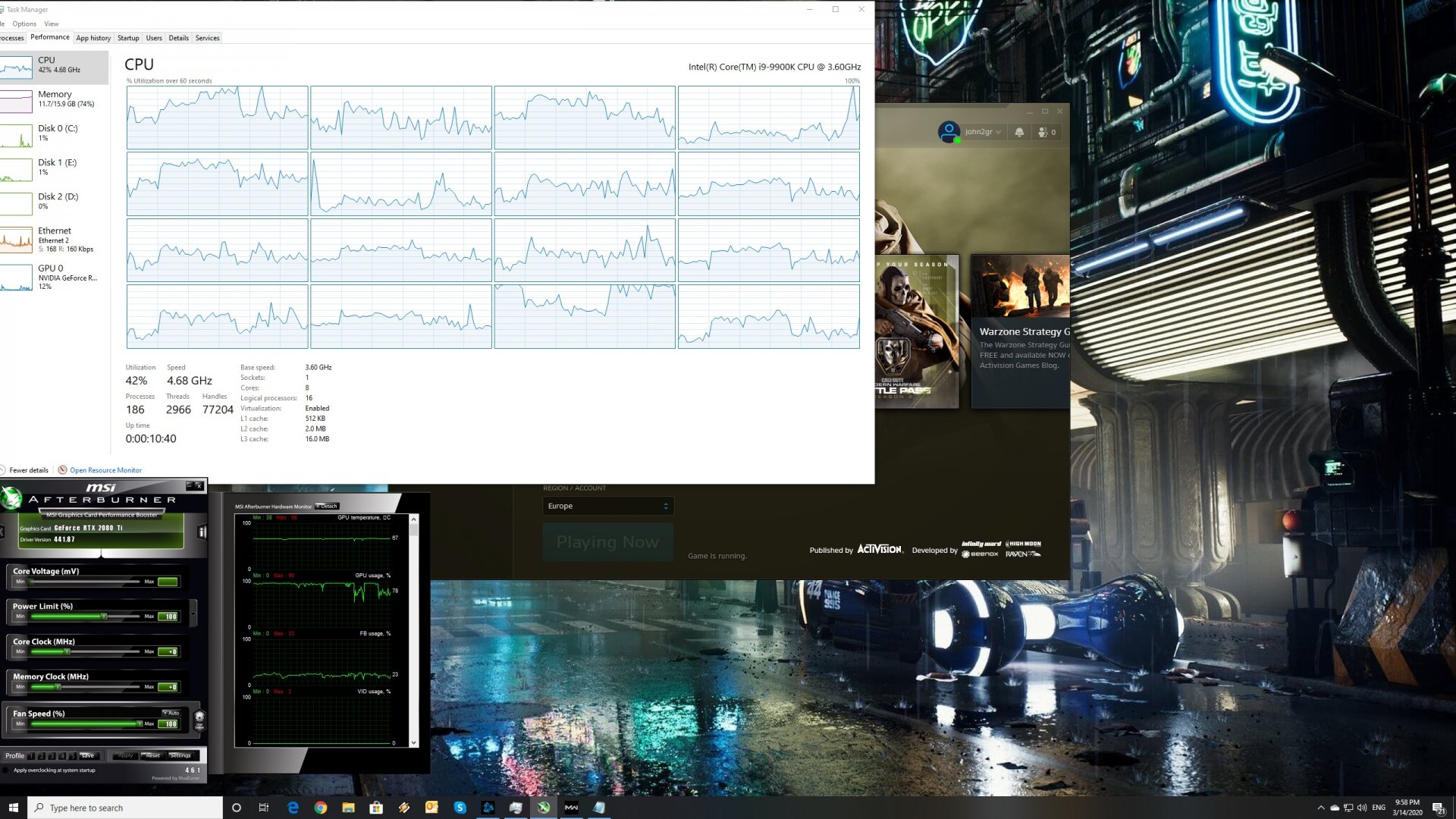 Call of Duty: Warzone has the exact same graphics settings with Call of Duty: Modern Warfare. Now while the game has an option to enable Ray Tracing, there aren’t any such effects in Warzone. You can find a more detailed look at the game’s settings in our COD: MW PC Performance Analysis article.

In order to find out how the game scales on multiple CPU threads, we simulated a dual-core, a quad-core and a hexa-core CPU. And we are happy to report that Call of Duty Warzone does not require a high-end CPU. With Hyper Threading enabled, our simulated dual-core system was able to push a constant 80fps experience at 1080p/Max Settings. In short, this new battle royale game can run silky smooth on a variety of PC systems. 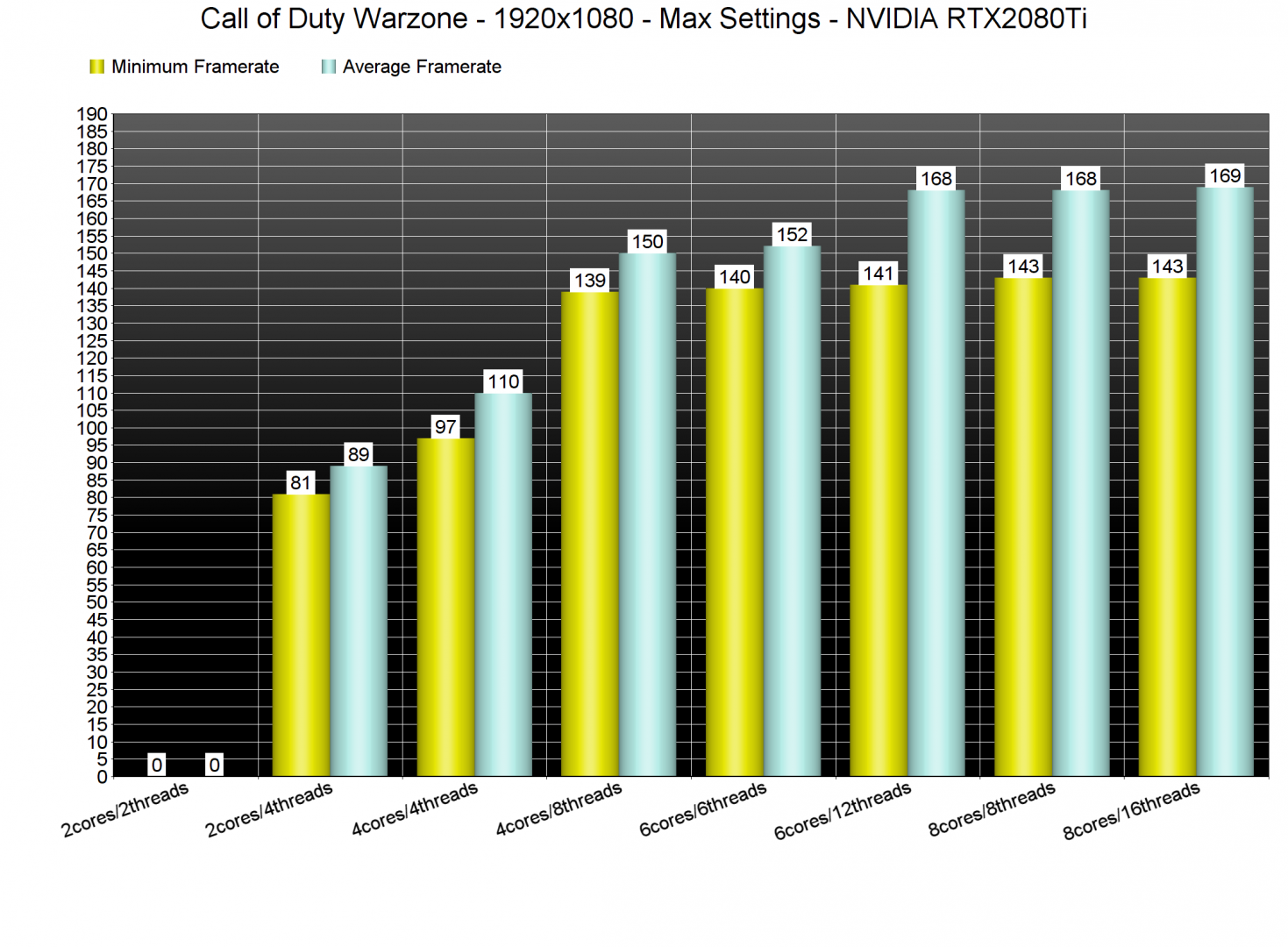 Call of Duty: Warzone also does not require a high-end GPU. At 1080p/Ultra settings, even our AMD Radeon RX580 was able to offer a smooth gaming experience. That particular GPU ran the game with a minimum of 80fps and an average of 93fps. 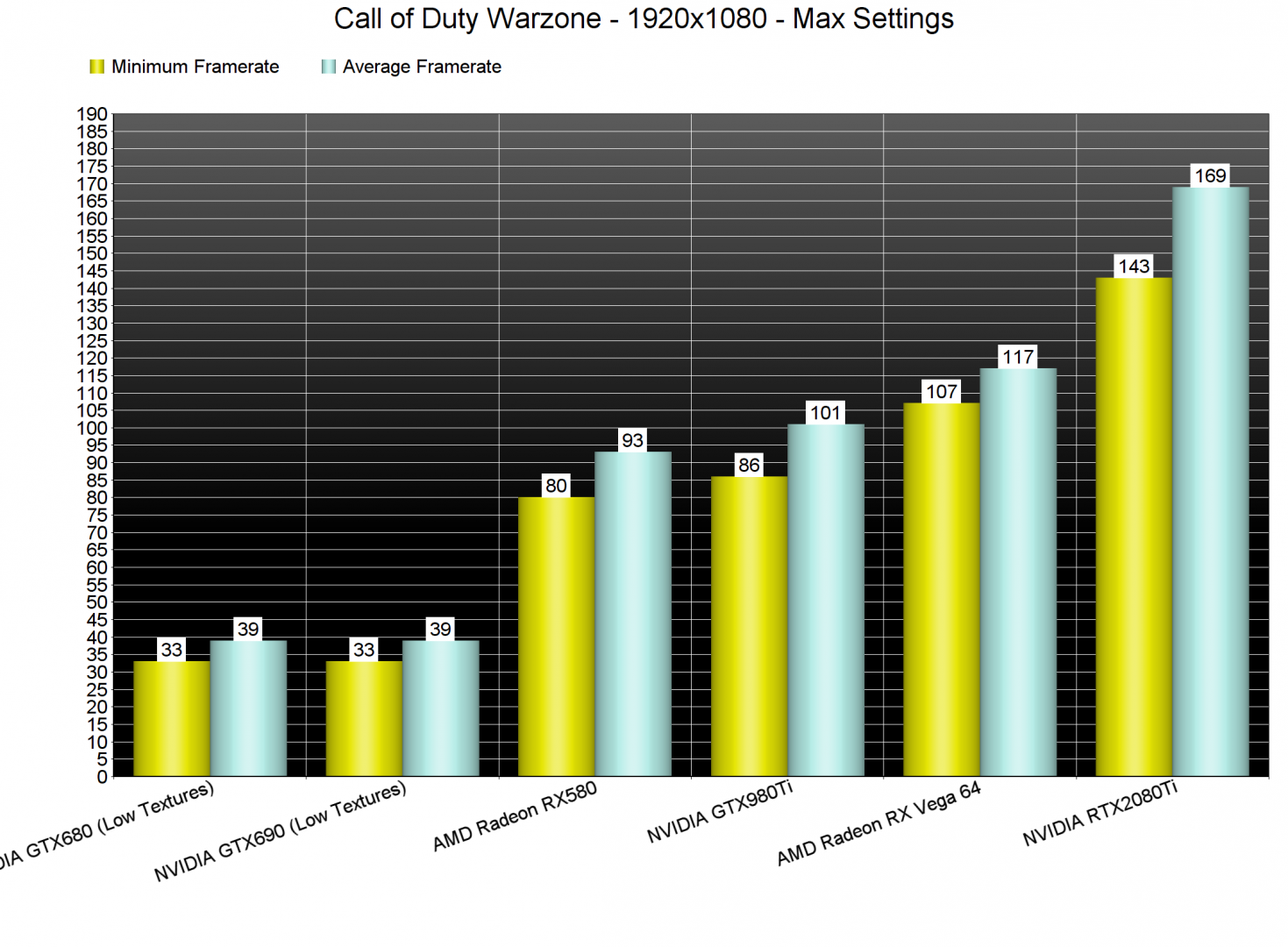 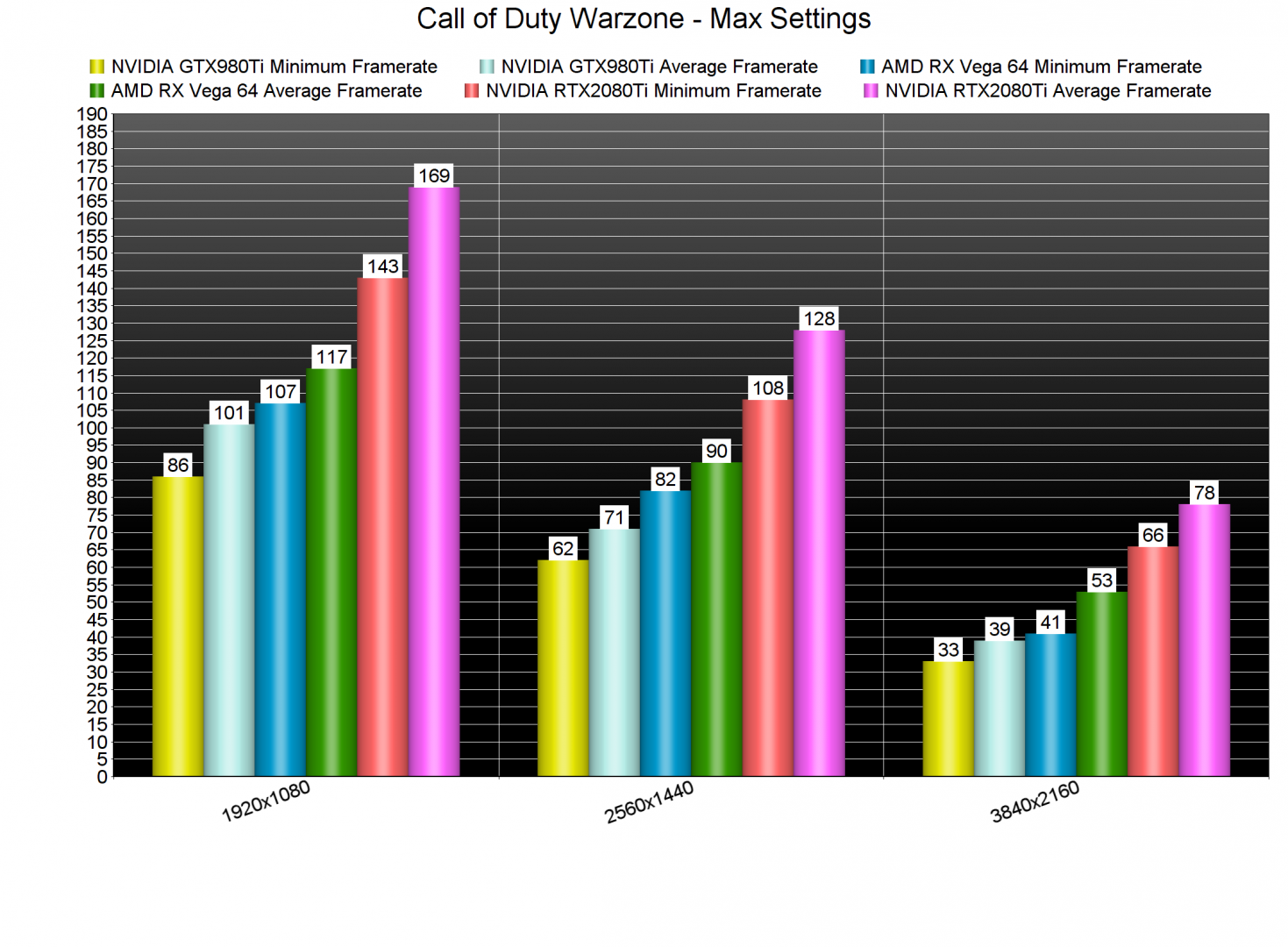 Graphics wise, Call of Duty: Warzone looks as good as Modern Warfare. All characters look great, and there are some cool environmental effects. Unfortunately, there isn’t a lot of environmental interactivity. Environmental destructibility is also limited. And even though, the game does not suffer from any stuttering issues, though there are some LOD issues even on Ultra settings. Still, and for a game supporting 150 players, COD: Warzone looks great.

In conclusion, Call of Duty Warzone runs incredibly well on the PC platform. The game does not require high-end CPUs or GPUs in order to be enjoyed. Moreover, it looks just as good as last year’s COD title. As said, there aren’t any annoying stuttering issues and we did not experience any mouse acceleration/smoothing issues. Call of Duty Warzone is a solid PC product that most PC gamers will appreciate!