Activision and Treyarch have released a screenshot, showing the battle royale map that will be featured in Call of Duty Black Ops 4. This image shows the full layout and the different locations that this huge map will feature (Activision also claimed that this mode will support up to 80 players).

In Blackout, the Black Ops universe comes to life in a massive battle royale experience featuring iconic characters and locations from all four Black Ops games in a one-of-a-kind offering that is uniquely Black Ops. 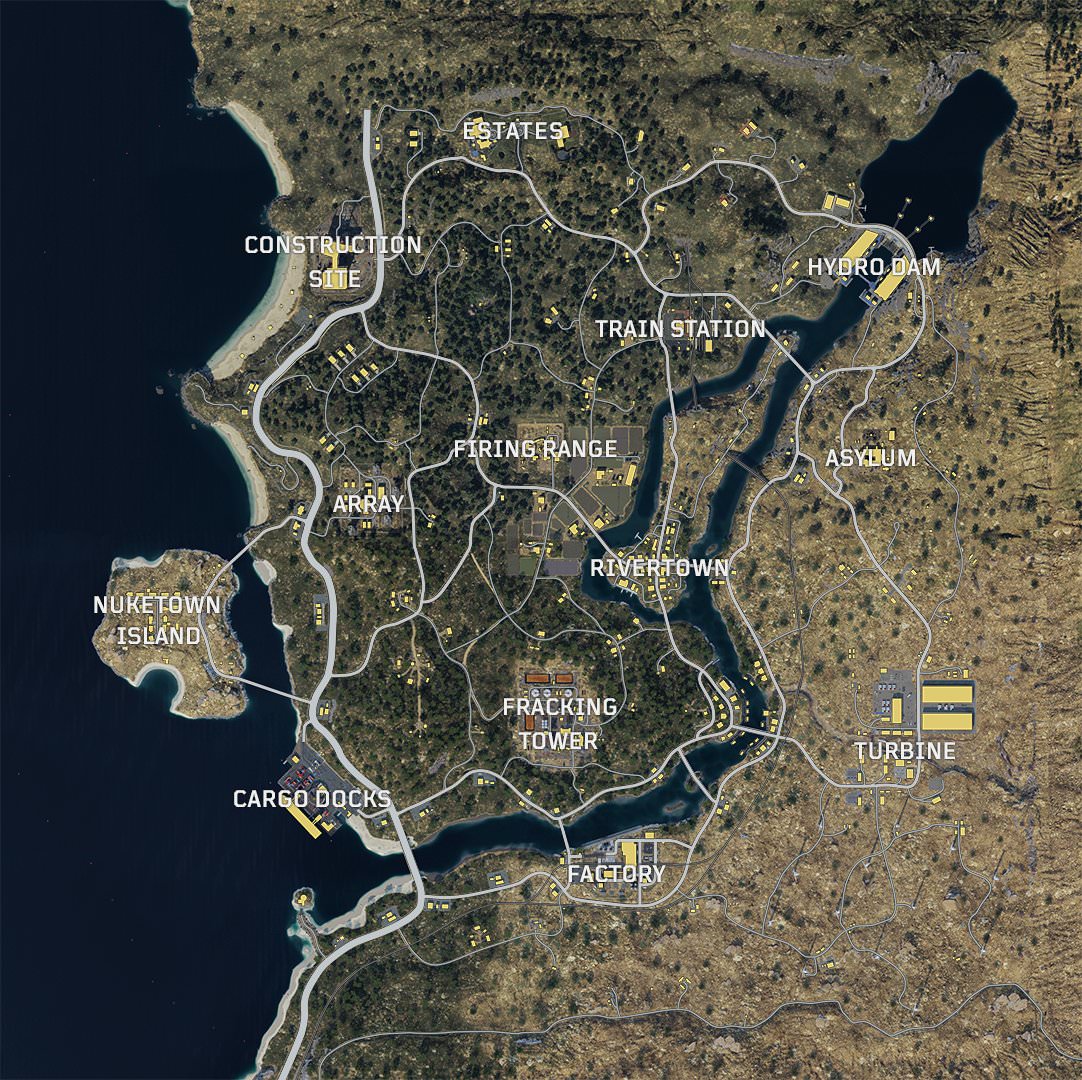