As Marcin said when asked about the sales of their games:

“We were totally overwhelmed because, honestly, we were not expecting such a degree of success. But sales-wise, The Witcher series has sold over 20 million worldwide, out of which almost half of it is from The Witcher 3. So we practically doubled the sales of the series.”

Later on, Marcin re-confirmed that number:

For what is worth, back in March Marcin claimed that most of the game’s sales were coming from the PC platform. As Marcin said back then:

“Consoles began for real with PS2 from Sony, and then with X360. PS wasn’t available for everyone. It was an expensive toy with expensive games. I was already distributing games at that time and I remember what was the expenditure for video games. PS was available for more affluent people and PS2 was available for the masses and started to develop this market. However, the PC still holds strong. Most of The Witcher sales are for the PC, though consoles started selling very well. “

Unfortunately we don’t have any numbers for the GOG version, however we do know that the game has sold near 2 million copies on Steam. 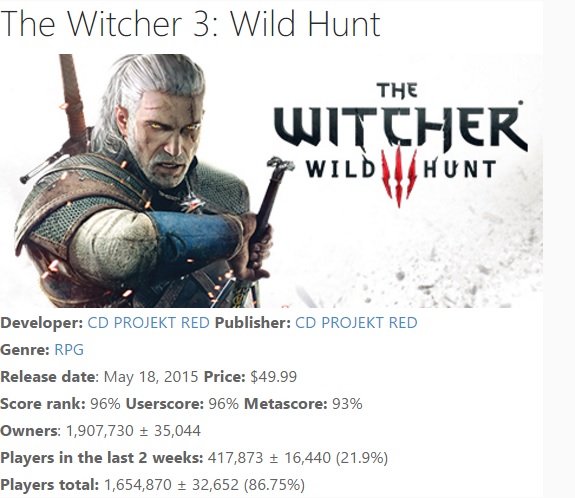