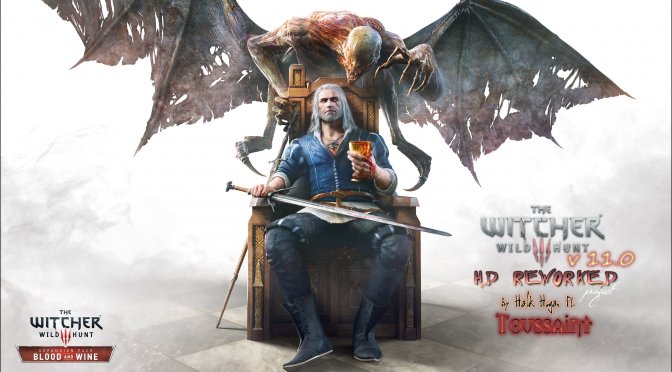 As promised, Halk Hogan PL has released the latest version of his graphical overhaul mod for The Witcher 3: Wild Hunt. The Witcher 3 HD Reworked Project 11.0 Toussaint is 7GB in size, overhauls numerous textures, and is now available for download.

By using this mod, PC gamers can significantly overhaul the game’s visuals. As such, we highly recommend downloading and using it.

In order to showcase the new textures, Halk Hogan PL has also released a new comparison video. Naturally, we suggest watching it as it can give you a glimpse at the improved textures.

You can download The Witcher 3 HD Reworked Project 11.0 from here.