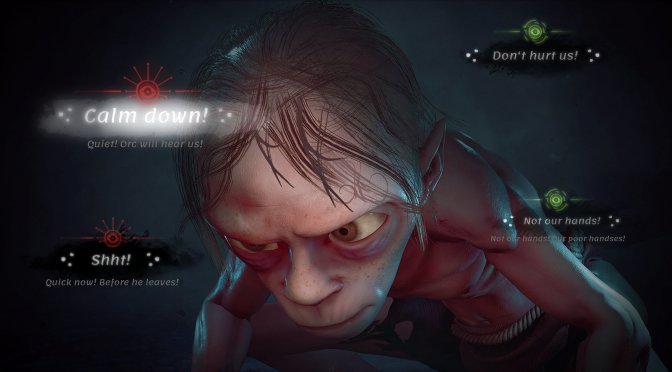 NACON and Daedalic Entertainment have announced that they have signed a co-publishing and distribution agreement for the game The Lord of the Rings: Gollum. In addition, the publisher revealed that the game will release in 2022. The game was originally meant to come out in 2021 on the PC and all relevant consoles.

As the press release reads, the two companies decided to join forces to ensure that the game will meet the expectations of fans of The Lord of the Rings and fully leverage the power of the new generation of consoles. NACON and Daedalic promise to faithfully recreate its universe. They will also be working with Middle-earth Enterprises; the company that holds the adaptation rights to the novel series by J.R.R. Tolkien.

“Gollum is skillful and sly, but also torn by his split personality. It is up to you to decide whether the darker side of Gollum takes over or if there is a spark of reason left in what once was Sméagol.”