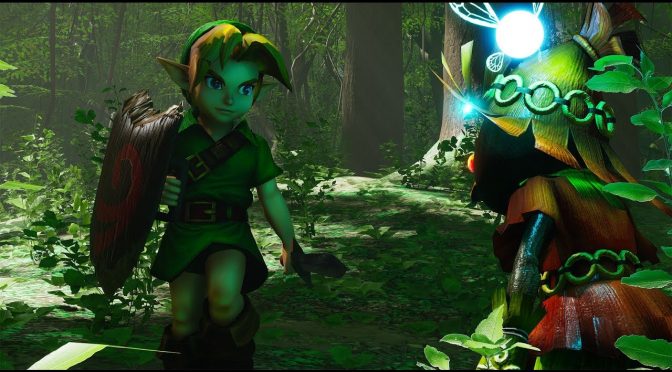 As with most of CryZENx’s Zelda remakes, players will be able to control Link, explore the newly recreated environment and interact with NPCs. Thanks to Unreal Engine 4, there is also bendable vegetation and some really cool water effects.

CryZENx has released numerous remakes of The Legend of Zelda: Ocarina of Time’s levels in Unreal Engine 4 and it would have been really cool if someone could combine most – if not all – of them into one package.

But anyway, those interested can download this latest fan remake from here. Below you can also find a video showcasing it (in case you want to check it our but don’t want to download and try it for yourself).