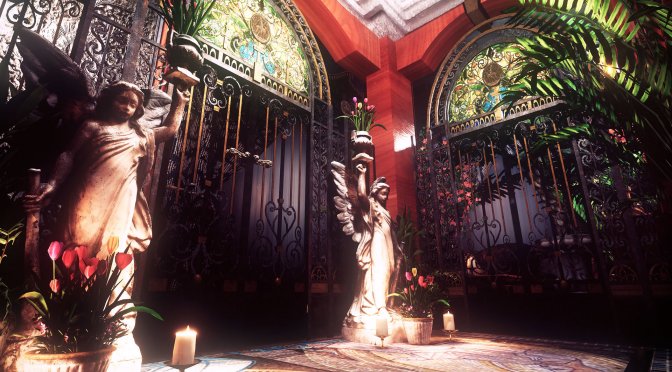 PSINE Studios has informed us about a new first-person exploration game that will be using Unreal Engine 4, The House In The Hollow. The game will allow players to explore an atmospheric location including an imposing Art Nouveau manor house and its surrounding forest in the mysterious void called the Hollow.

According to the developers, The House In The Hollow will have advanced physics for both cloth & interior fittings & fixtures. The game will also have environmental & asset particle effects for increased realism. Furthermore, the team will use the power of the Speedtree foliage system and includes full wind animation.

The game will also support PBR Texturing. This basically means that it will have multi-layered texturing with Physically Based Rendered materials. Not only that, but it will make full use of light shafts, temporal anti-aliasing and tone mapping.

The House In The Hollow will release in Q4 2020, and you can find a gameplay trailer below!

The House In The Hollow - Official Game Trailer