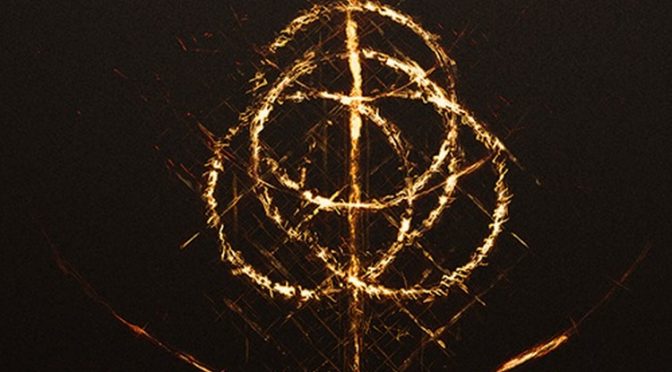 While we haven’t heard much about ELDEN RING in 2019, FromSoftware claims that the game will come out in June 2020. ELDEN RING will release on current-gen platforms, therefore a June 2020 release does make sense.

The game’s release date was revealed by FromSoftware itself via a New Year Card. Below you can find a screenshot from it (in case the company takes it down). 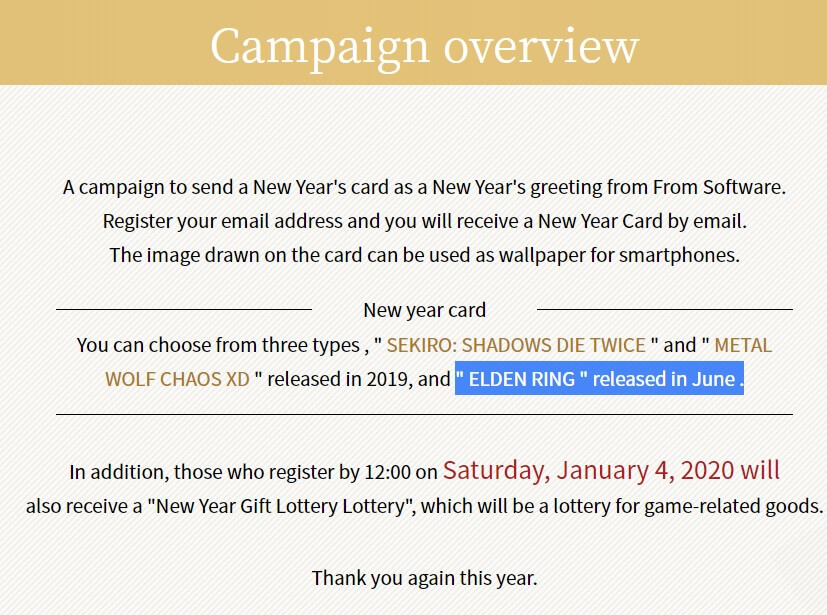 Elden Ring will feature a new world created by Hidetaka Miyazaki and George R. R. Martin. So far, we’ve only gotten a cinematic trailer and nothing more. Thus, and if this June 2020 release date is legit, we can expect Bandai Namco to start releasing more details and promotional material soon.

Last but not least, some people suggest that this Google translation is false. FromSoftware may be referring here to the game’s cinematic trailer that came out in June 2019. Therefore, we suggest taking this release date with a grain of salt. I’m also marking this story as a rumour, even though a 2020 release makes sense for this particular game.

It appears that this is indeed a Google translation error. By simply translating a part of the text (instead of all of it), we get this:

“and the new work announced in June.”

There was a reason we marked this story as a rumour. So yeah, while we are certain that the game will come out in 2020, it will not release in June 2020.