The Farm 51 revealed 3 new enemies which will be featured in their upcoming action/adventure FPS – Project Adventurer. The new enemies will play a pivotal role in the story of a private investigator from San Francisco who gets caught up in a Nazi plot to find an ancient and dangerous artifact.

“Project Adventurer is filled with dark and dangerous creatures that will challenge the player as they progress through the game.”

These new creatures are: The Daru – often referred to as “The Walkers”, the Daru have long guarded the secrets of old. These ancient creatures have walked the jungles of Latin America even before the first civilizations. During the reign of the Mayan Empire, the Daru were feared and revered by the Mayans – with sacrifices made in their honor. These sacrifices helped to secure a peace between them. Now, that the sacrifices have stopped, there is nothing to keep the Daru at bay. Conquistadors – or rather their animated corpses.

Once fearless Spanish explorers who set out in the name of Queen Isabella looking for new lands and people to conquer. Searching for fame and of course, fortune, many of them instead found death in the jungles of Central and Southern America. Now, their corpses are being brought back to serve an ancient power that, in many cases, is responsible for their eternal slumber. Mummies – The mummified remains of ancient inhabitants are brought back to life to stop the player from reaching their goal.

The game will feature distinct types of mummies – ranging from slow crawlers to agile fighters; each with diverse abilities that will challenge the player and require them to find different ways of killing them. Project Adventurer is filled with enemies and creatures that will keep the player on their toes. Each enemy is programmed to react differently, depending on the situation.

“We’re hard at work programming the AI so that players will always be met by enemies that react differently, to each situation. Call it a learning curve if you will. Project Adventurer is meant to appeal to a broader audience which in turn means, the game has to be accessible to different players with different playing styles.”

Developed by The Farm 51 and powered by Unreal 3, Project Adventurer is planned for a 2013 release for X360 and PC – with plans for a PS3 version of the game. 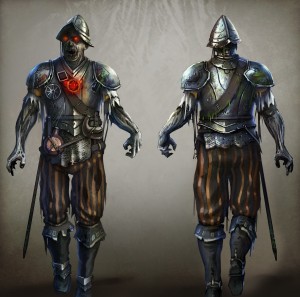 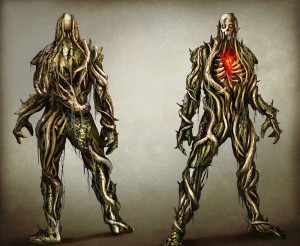