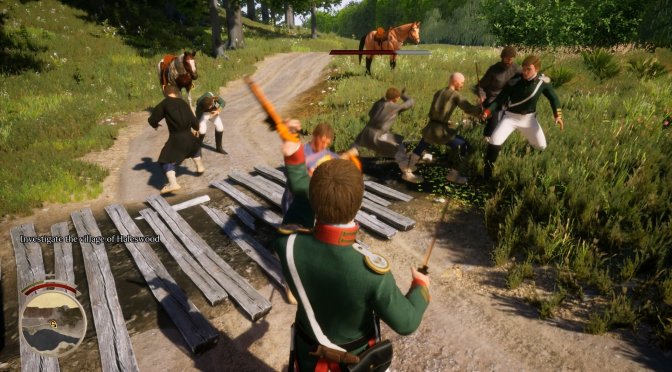 Volga Studios has announced that a free, three-hour long alpha teaser for its non-linear, narrative-driven adventure game with RPG elements, The Emperor’s Own, is now available on Steam.

Set in an alternate universe inspired by the Russian Empire at the dawn of the nineteenth century, players take on the role of Imperial Secret Intelligence officer Cornet Alexander Obolenskii as he is sent on a mission to investigate rumors of mysterious and supernatural events in the borderlands.

“We don’t want to sugarcoat anything in The Emperor’s Own. There won’t be any fantastical elements in our game; only authentic conflict that showcases the best and worst aspects of humanity. We can’t wait for players to try our alpha teaser and get a taste of the profound moral dilemmas that await them once our title is complete.”

The Emperor’s Own will feature a mature, branching narrative where one’s decisions have far-reaching consequences. Thus, players will have to consider each moral dilemma carefully. Players will also be able to develop their own personal lives through friendships, family, and romance.

The Emperor's Own Alpha Trailer