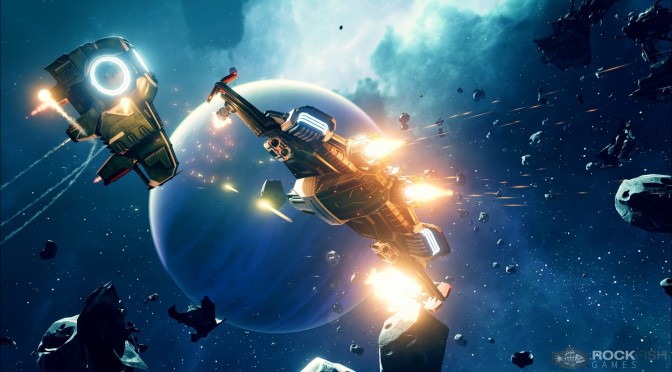 Rockfish, developer of EVERSPACE, has announced that it is working on a brand new space game. According to the developers, players will be able to explore a vivid open world featuring persistent progression.

This new space game will target all those players that wanted an open-world space shooter with classic RPG elements in the vibrant audiovisual style and the intense action gameplay of EVERSPACE.

Although Rockfish did not reveal much, it did claim that the game will feature aliens and gorgeous visuals. The game will also feature a wide variety of enemies, as well as a looting system. So, are we looking at a “game as a service” space looter?

EVERSPACE was a space game that looked absolutely gorgeous. The game was using Unreal Engine 4 so we can assume that this new space game will be using the same engine. However, it will be interesting to see whether Rockfish will take advantage of real-time ray tracing.

Rockfish stated that it will reveal this new space game on August 19th, so stay tuned for more!