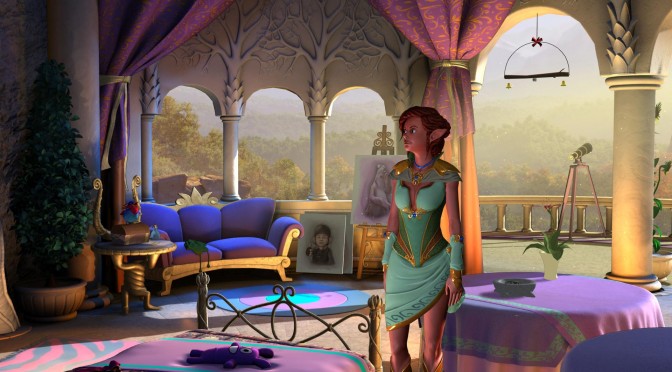 “I’m thrilled that it’s ready! I’m proud to be part of a collective that really delivers on the promises made on a Kickstarter campaign, even over delivered in some aspects. Both Nordic Games and KING Art have had the foundations for The Book of Unwritten Tales 2 to be produced, but the funding and pledges from the community helped make the game the very best it can be. We hope this will serve as an example of how community integration on Kickstarter and Early Access can work effectively to benefit the development of creating an awesome game.”

“This is just as much the community’s game as anyone else’s. I think it really benefited from having the usual developer/publisher relationship, topped off with huge input from so many players from the backing community and also during Early Access. That unique combo has resulted in an amazing title that the fans can be proud of and will seriously enjoy – as well as players new to the genre that want to play something mixing the classical adventure style with modern satirical wit.”

The Book of Unwritten Tales 2 is DRM-free and can be purchased from GOG.com.