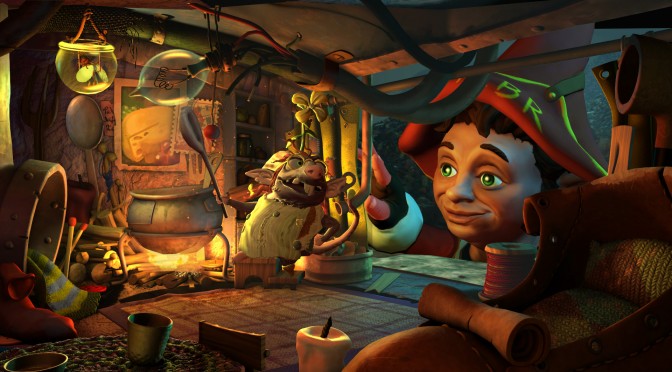 KING Art Games revealed today that the full version of its episodic adventure game, The Book of Unwritten Tales 2, is planned for a February 20th release. The game will be released on Steam, GOG and numerous other platforms, as well as a classic boxed version.

In addition, the game will also be available in a DRM-free Almanac Edition, an exclusive edition whose packaging is modelled like a hardcover book. This includes a 104-page hardback artbook, making-of DVD, the orchestral soundtrack on CD, a double-sided poster and the exclusive in-game content “Color Your Critter” in which you can color Nate’s popular sidekick in-game in your favorite color.

The Book of Unwritten Tales 2 has been available since September 2014 on Steam via Early Access, and saw four chapters. The fifth and final chapter will be released on Steam on January 20th (alongside the release of the game’s full version).