Merge Games have announced that a special retail edition of The Binding of Isaac will hit stores in March 16th. “The Unholy Edition” includes a DRM free Version, free Steam gifting key, the award winning soundtrack, spectacularly weird poster and 40 page “Devzine”. Oh, and you should be ashamed of yourselves if you don’t already own this amazing indie title, plain and simple.

“Through our partnership with Merge Games to cover many more territories we are making at least sure that we are not the only ones going to hell for publishing the meanest, darkest and most unholy edition of The Binding of Isaac.”

“We are delighted to be working with Headup Games to bring The Binding of Isaac to retail are the thrilled to be adding this Indie hit to our portfolio. We think you will be blown away by the “Unholy Edition’s extra goodies.”

The Binding of Isaac is the next game from the Super Meatboy creator, Edmund Mcmillen, and is a randomly generated action RPG shooter with heavy Rogue-like elements. The game features randomly generated dungeons, items, enemies and bosses, you’ll never play the same game twice, over 100 unique items that not only give you powers but visually change your character, 50+ enemy types, becoming more challenging the deeper you get, over 20 nasty bosses, many unlockable classes, multiple endings, and tons of unlockable items, enemies, bosses and more. 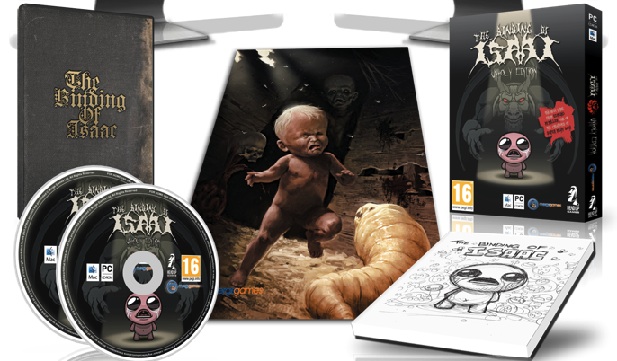