Under the name TERA: Rising, publisher Gameforge is making its fantasy MMO playable for free. Appearing at the same time as the free-to-play launch, the new dungeon, Crucible of Flame, and the Champions’ Skyring 3 vs 3 arena offer players many new challenges and rewards.

The free-to-play launch is accompanied by exciting new content for both PvE and PvP fans. There is a new dungeon, the Crucible of Flame, as well as the Champions’ Skyring 3 vs 3 arena. The Crucible of Flame offers a completely new kind of dungeon experience: As players battle against monsters and bosses at various difficulty levels, they compete for dominance in a ranking system. Challengers who reach the top levels can look forward to valuable rewards. The Crucible of Flame is also home to a brand-new boss monster – the Cyclops. Meanwhile, the dungeon’s engaging mini-games provide a refreshing change of pace.

In the Champions’ Skyring, Arborea’s adventurers can put their skills to the test in thrilling 3 vs 3 battles. The victors will be rewarded with the newly introduced Killing Spree Credits, which can be used to obtain special PvP equipment. The top ranked players here will also receive a powerful new skill. The new spectator mode allows fallen heroes to watch the battle unfold from another player’s point of view.

For the release of TERA: Rising, Gameforge has come out with a gripping trailer which shows the graphically impressive landscapes, zones, and monsters of Arborea, as well as the innovative True Action Combat system. It also presents an overview of the new content appearing with the free-to-play launch. 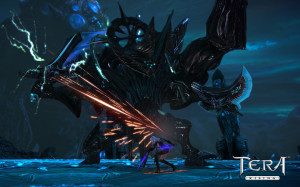 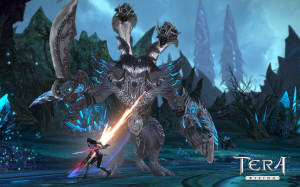 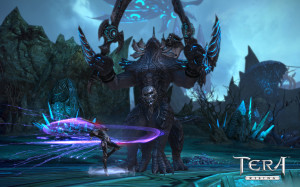 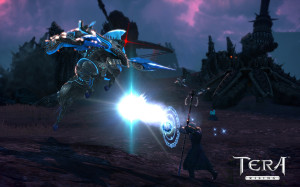 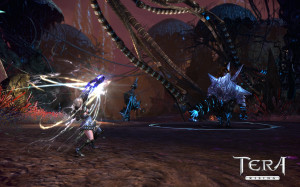