Bohemia Interactive has released a major new patch for their latest game, Take On Helicopters. Applying update 1.04 – codenamed Cougar – will refine the experience of flying across the wide variety of helicopter gameplay by implementing a massive upgrade to the flight model. It also brings an initial introduction to Java scripting safely to land and lifts all DRM-restrictions for users of legitimate installations.

“The upgrade to version 4.0 of RotorLib is significant. It brings a more authentic flight experience to our gameplay. We’ve worked together with RTDynamics to overhaul things like fuselage and wing aerodynamics, as well as improve the handling of engine power and drive train torque calculations. Translating this to gameplay, our players will be challenged to re-master the handling of some of the helicopters, meaning the cargo-drop you achieved last week might be a whole different proposition now!”

The second highlight is the inclusion of Java scripting: a welcome addition for the more advanced mission-makers of the Take On Helicopters community. The widespread, proven and robust language offers loads of documentation and tutorials, helping to streamline the process of getting custom gameplay up and running.

“This patch lets mod-makers use tools such as NetBeans and Eclipse for development and debugging, Object-Oriented programming architecture and design, much higher performance script execution and access to many standard Java libraries. Although this initial integration of Java scripting into Take On Helicopters is just the first step, we’re confident it’ll help our talented community to produce more robust gameplay more quickly.”

Last but not least, the update removes all DRM-restrictions. This means that people will no longer need to activate the game’s serial key online and the DVD will not need to be in the disk drive while playing. 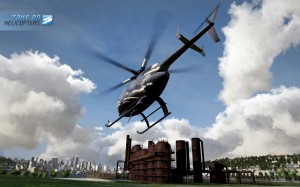 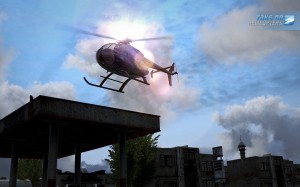 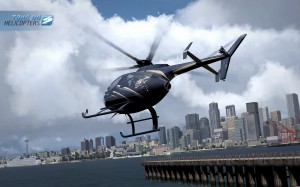