As we said in our performance analysis, we love Bohemia. Yes, Take On Helicopters has some performance issues with modern-day hardware but this is a title for a niche market and a game that could have not been developed by – pretty much any – other triple-A studios. Yeap, that’s the magic of independent games. And we are really amazed with its protection system as it’s not as intrusive as Ubisoft’s awful attempts, yet it’s even more effective than the atrocious always-online DRM systems.

Take On Helicopters seems to feature an upgraded version of Bohemia’s anti-piracy FADE system that was used on the first Operation Flashpoint game. What this anti-piracy system does is blurring the game’s graphics as you progress through the game. Therefore, users running an illicit copy of the game will find that its visuals degrade and blur while they are playing the game.

One such user that was playing an illegal copy of the game faced this problem and thought that it was an engine bug. Naturally, he visited Bohemia’s forums and posted his issue, alongside the following image that shows the anti-piracy protection system in action.

Bohemia’s CEO, Marek Spanel, responded to this user and asked for his cd-key and a proof of purchase. After a while, that user got banned.

Marek then told Eurogamer that this user was playing an illegal copy of their game and that his issues were due to the anti-piracy protection system:

This was also hinted at Rage 3D’s forum by Bohemia’s employee, Dwarden. Dwarden posted that Bohemia was already aware that a group had already cracked their game, however he hinted that illegal copies will ‘degrade’. 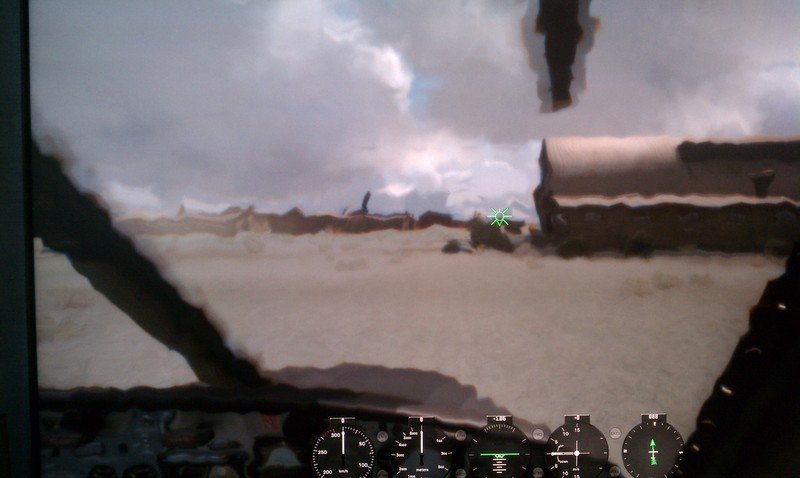