“With Take On Helicopters, our goal was to strike a balance between pure gaming – story-driven scenarios, challenges, time trials – and an authentic experience of flying a helicopter. Of course, that’s a tough job, but alongside the accessible controls, difficulty settings and optional assists, we’re glad to find a big range of people having fun flying helicopters in Take On.

Our game doesn’t demand you to have any previous flight (game) experience, nor does it matter if you want to play it with mouse-and-keyboard, a gamepad or, for that matter, a full-blown cockpit-setup. In that sense, the civil-aviation context – not to mention the wonderful Seattle as the setting – of Take On Helicopters was ideal, as it allowed us to create a fun set of missions, whilst keeping the primary focus upon flying helicopters.

On the other hand, after launching the game, we felt there was room to complement Take On Helicopters with a more ‘action-packed’ experience. Our Hinds DLC is perfect for those who are seeking the adrenaline rush of flying a classic military gunship and getting into combat.”

Take On Helicopters: Hinds includes the Mil Mi-24 V, Mi-24 P and Mi-35 Super Hind helicopter gunships (with over 25 different liveries), a brand new set of singleplayer challenges, 5 time trials and new competitive multiplayer scenario. The release date is set on Thursday 15 March 2012, when it will be available for download at Store.bistudio.com, Steam, Desura and several other online stores.

Here are the key features of Take on Helicopters: Hinds. 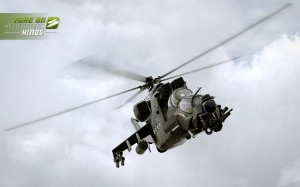 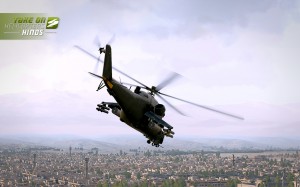 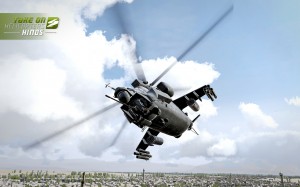