Iceberg Interactive and developer Vertigo Games have announced that they are ahead of schedule with development of Adam’s Venture 3: Revelations, allowing the release date of the game to be moved forward with 3 weeks to 9 March 2012 for English speaking territories and the digital release. A fully localized German version will be released on 27 April 2012.

Adam’s Venture is an adventure game franchise that is focused on non-violent gameplay set in the early twenties of the 20th Century. With state of the art Unreal 3 graphics providing colorful and lifelike 3D environments, a gripping storyline and many puzzles to solve varying from easy to difficult, Adam’s Venture supplies everything that an adventure gamer is looking for.

In Adam’s Venture 3: Revelations, you get to experience a flashback Adam has to earlier events in Oxford, which have set his adventure into motion. Left for dead by the megalomaniac Clairvaux leader in Solomon’s collapsing palace, Adam relives his first meeting with Evelyn and their expedition to the small French town of Luz. 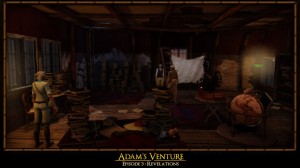 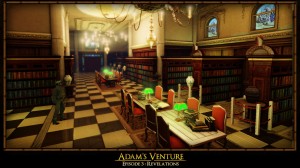 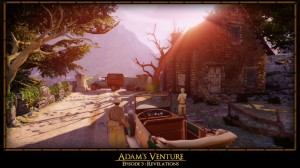 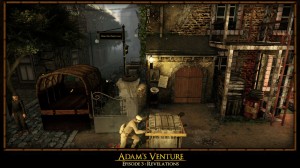 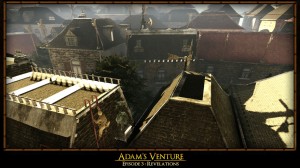 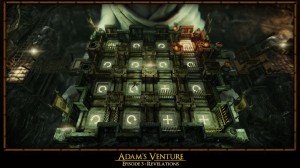