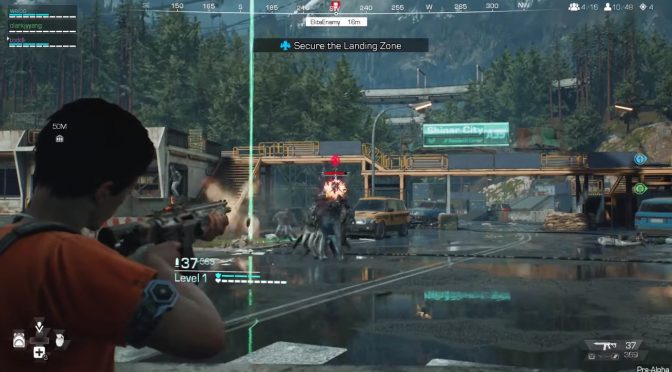 Our dear friends over at PCGamesHardware have shared a video, showing the ray tracing effects of SYNCED: Off-Planet. SYNCED: Off-Planet is a game that is heavily inspired by The Division, and its Gamescom 2019 demo had major performance issues even on NVIDIA’s most powerful gaming GPU, the RTX2080Ti.

PCGamesHardware used FRAPS in order to record the game’s performance. As we can clearly see, the NVIDIA GeForce RTX2080Ti was struggling to keep 50-60fps. In some scenes, there were even drops below 45fps, something that is really disappointing.

Now the good news here is that the game is still under development. As such, its overall performance should improve. Moreover, I don’t really know what resolution was used to play the game. I don’t know if PCGamesHardware mentioned the resolution since I don’t speak German. We also don’t know whether DLSS was active or not. If the game was running at 2560x1440, then we can safely say that it will run with 60fps at 1080p.

So yeah, unfortunately we don’t have the whole picture yet. What it’s crystal clear, however, is that the playable demo that NVIDIA and Tencent Next Studios offered had major performance issues. That is of course when ray tracing was active as the game appeared to be running smoothly without these effects.

For what it’s worth, Tencent Next Studios will use Ray Tracing in order to improve reflections and shadows. Not only that, but the Gamescom 2019 version allows to activate/de-activate RTX with just a single key. Now this is a feature that more developers should be adding in their RTX games!