Vostok Games announced that the alpha testing stage for its F2P MMORPG that is a spiritual successor to STALKER, Survarium, has begun. According to the company, the game focuses on the aftermath of a massive ecological catastrophe on Earth, the reasons behind which are only vaguely known, is developed with new proprietary Vostok Engine technology and is planned for release on PC by the end of 2013.

As Vostok Games pointed out, last weekend’s testers took part in 226 matches where 9 011 characters died. The team currently wants to achieve no less than 200 players constantly on the severs both at day and night. This basically means that Vostok Games will continue sending out invites until such number of players is reached.

As you may have guessed, the team plans to increase the number of players on server by inviting new participants.

At the moment the Alpha version of Survarium contains only one game mode; the team-based PvP. As the team hinted, this is the basis which it’ll use to add new features on in the future.

“Our main task at the moment is to make sure the key aspects of the game (movements, shooting, and network synchronizing) work correctly. Besides that, we have decided to start releasing the Alpha testing diary which will describe our progress with the test on a regular basis.”

Vostok Games has also released two new screenshots from the alpha build of Survarium that can be viewed below. 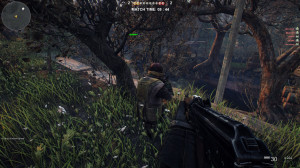 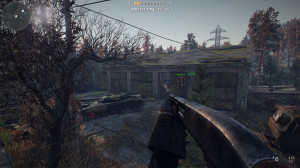