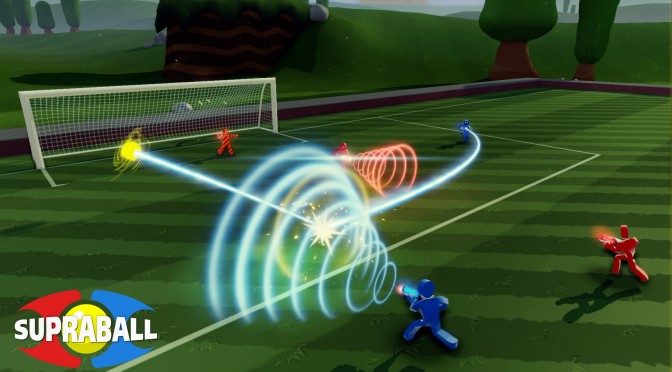 Now this is a brilliant concept. Supragames is currently working on a first person sports game called Supraball that basically blends together first person shooters with soccer games. Supraball has just been Greenlit by the community, meaning that it will soon appear on Steam. Not only that, but there is an alpha version that you can download right here, right now.

As the team notes, Supraball is the official successor of the infamous “Deathball”, a Mod for Unreal Tournament 2003/4 that first came out in 2002 and won plenty of awards.

Supraball will be a F2P title in which players will be able to pay money for cosmetic stuff that doesn’t influence the gameplay.