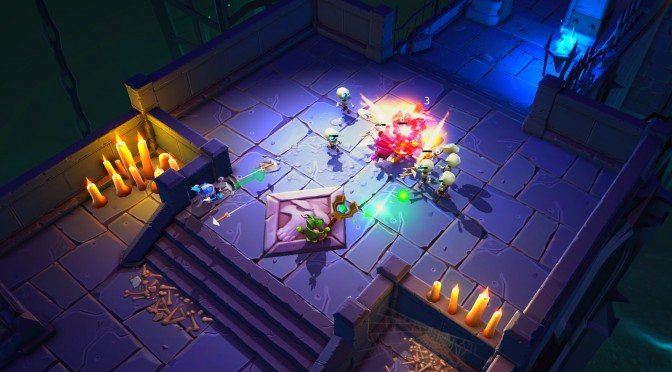 Wired Productions and Blowfish Studios have announced that Super Dungeon Bros and Siegecraft Commander are coming to Windows 10 and will be among the first titles to take advantage of the much anticipated cross-device multiplayer gameplay between Xbox One and Windows 10 PC systems.

Siegecraft Commander is the most recent installment in the popular ongoing Siegecraft universe and challenges players to create the ultimate medieval fortress and wreak havoc and destruction on enemies with tower flinging fun! Carefully plan the location of the towers and walls in your fortress network to outmaneuver your foes.

“With a combination of twitch mechanics and positional tactics, the objective of the game is to build a fortress in a branching structure with specialized towers connected with lofty indestructible walls. The process of building a base, locating resources and dispatching units, along with fierce positional tactics and earthshaking cascades of destruction lend the game a feeling not unlike most RTS titles. Fans of cult classic Moonbase Commander will appreciate the fresh look and overall improvements.”

On the other hand, Super Dungeon Bros is a rock-themed co-op dungeon brawler in which a band of four mighty bros raid the endless dungeons of Rokheim, a giant scar of godforsaken earth, where wars are waged in underground crypts built by the gods themselves. Teams of up to four players will control hard rocking warrior bros in ever-changing dungeons that combine rock and fantasy with dangerous foes, deadly obstacles and hazardous puzzles.