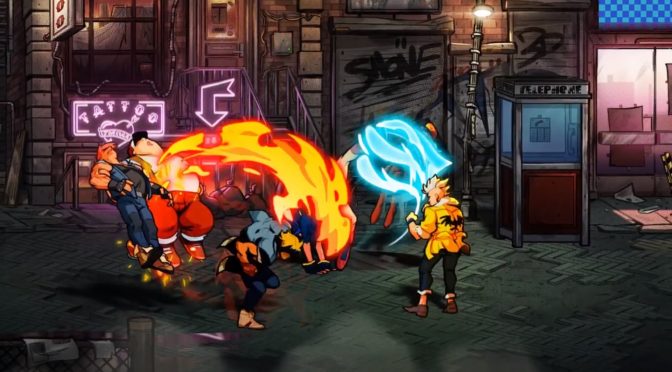 DotEmu and SEGA have announced that they are working on a brand new part in the Streets of Rage beat em up series. The game will be developed by Lizardcube, Guard Crush Games and Dotemu, and its debut trailers has been released (featuring small doses of gameplay footage).

Featuring hand-drawn visuals from the team behind 2017’s gorgeous Wonder Boy: The Dragon’s Trap remake, Streets of Rage 4 will build upon the classic trilogy’s gameplay with new mechanics, a fresh story and a gauntlet of dangerous stages with a serious crime problem.

While SEGA and DotEmu did not reveal any additional details, we can assume from the trailer that players will be able to play as Axel Stone or Blaze Fielding, and there will be co-op support.