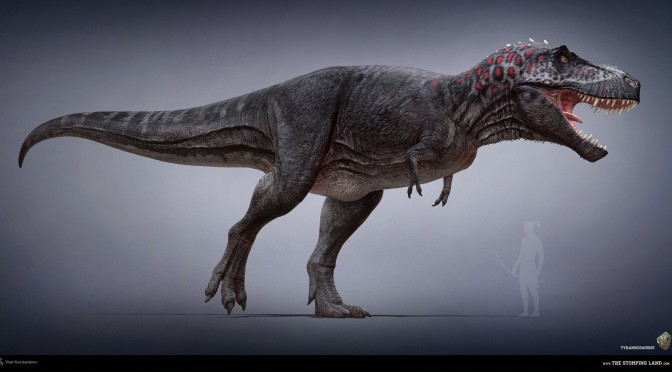 While it’s not uncommon it’s always a shame to see it happen. Another Kickstarted project appears to have bitten the proverbial dust. This time Stomping Land, which raised $100,000 on the crowd funding service.

It began in late 2014 when modeler Vlad Konstantinov lost contact with the game’s developer, Alex Fundora. Fast forward to January 2015 and Vlad announced that unless he heard from Alex soon he’d pull out of the project:

Hello everybody!
I’m sad to say this but I have to temporarily freeze all my work for TLS project. More than a month has passed since the day when I received the last reply from Jig. I’ve sent him 5 messages and haven’t got any single reply. I don’t know, probably he has some serious reasons to ignore me (and whole community) but to my mind there are no excuses for such behavior. Not to mention the fact that Jig owes me the money for the latest model, he’s put me in a very difficult situation because now I will have to pay our texture artist for his work from my own pocket.

If this silence continues I will stop my participation in TSL and start taking the necessary measures to cover my expenses (sell the models for example).

It is now clear Vlad moved on, as Beasts of Prey developers made an announcement on the Steam forums welcoming him aboard. He’ll be providing dinosaur models to that game now, instead. Meanwhile Stomping Land is still for sale on Steam, I’d avoid purchasing it at this point given the radio silence from Fundora.

Unfortunately for those of whom backed this project on Kickstarter there is no recourse, as per Kickstarter’s policy, there won’t be any refunds.